Whoa……Finally, Bangladesh set unpredictable runs to target against South Africa, Yes in 5th ODI of the 2019 World Cup is on the track, South Africa won the toss and decided to bowl first, The Bangladesh team made 330 runs while batting first which is really a tough target for any chasing team. So now the question is Will South Africa get success in achieving the target of 330 runs against Bangladesh?

Shakib and Rahim made 78 and 75 runs respectively which is the highest runs of the inning by Bangladesh batsman, other players also contribute well to reach it up to 330 runs. Sarkan and Mahmudullah missed their half-century and got out on 42 and 46 runs.

Now South Africa will come to the ground to chase the big scores against Bangladesh, However, the South African team is good enough in Chasing but it will be a burden on the team to maintain the run rate from the starting over to win the match. The team has huge expectations from De Kock which is the opener player of South Africa. 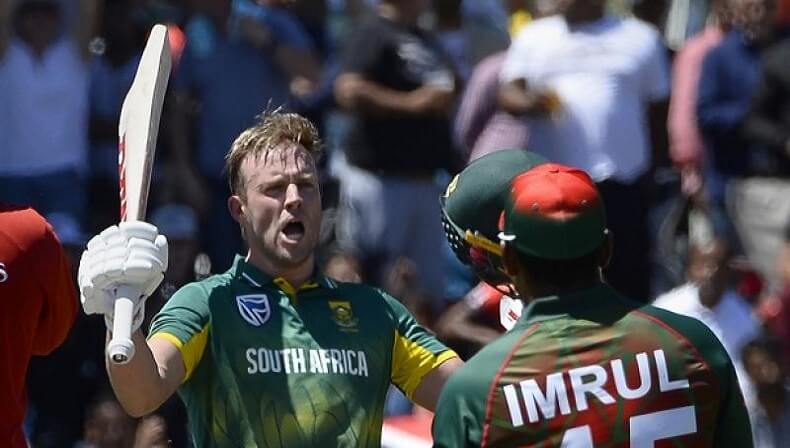 In that series, The opening partnership of 282 runs between Quinton de Kock (168*) and Hashim Amla (110*) in the first match was unbelievable, this game South Africa won by ten wickets. in the Second match of the series AB de Villiers hit 176 from South Africa and give a target of 353/6 to Bangladesh. The result is South Africa won the second match by 104 runs, and the final match won by 200 runs against Bangladesh, overall Bangladesh loses the series with a huge gap of runs.

Check out below the full list of matches in World Cup 2019:

So to check the final output of both teams stays connected with us. Also, check out the upcoming match updates, match schedule and other ICC world cups 2019 pieces of information.

South Africa vs Bangladesh, World Cup 2019 Match 5 : Who will be the Winner?
England vs Pakistan: ODI Head To Head Matches Stats, history
Comment