West Indies vs Pakistan played against each other today at Trent Bridge in Nottingham. West Indies won the toss and decided to choose bat first. In its first inning, the Pak team didn’t perform good, all the team just reach to the pavilion by setting up the target of only 105 runs, Now West Indies needs just 106 runs to win the match. Fakhar and Babar both made 22 runs in the score. Mohammad Amir took 2 wickets, while the other bowlers didn’t perform so good. 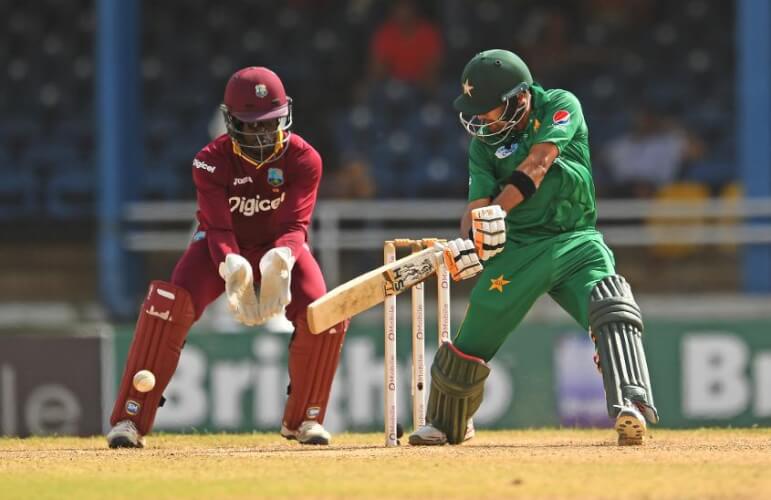 The maximum run scored by Pakistani batsman was 22 which is really bad for the Pakistani team. While chasing the score the opponent team lost it’s 4 wickets, The Gayle made maximum runs 50 over on 34 balls. Thomas took 4 wickets which is really great and good for the balling of West Indies team. Nicolas Pooran added 34 runs on 19 balls and stay not out.

So this was the overall match of 2nd between West Indies vs Pakistan World Cup 2019. The match gets over before time due to the bad performance of the Pakistani team. The Pak players need to improve their performance in upcoming matches to stay in the battle. Otherwise, the team will go back home soon.

It is assuming the West Indies going to be the one out if 4 Semifinalist of World Cup 2019, The other strong team can join the semifinal are Australia, India, and England.  For more upcoming matched and prediction stay tuned with us. we will avail you the best and right information about every match of World Cup 2019.

The next match is going to play tomorrow between New Zealand vs Sri Lanka in Sophia Gardens, Cardiff at Jun 1 (Sat) at 3:00 PM IST.