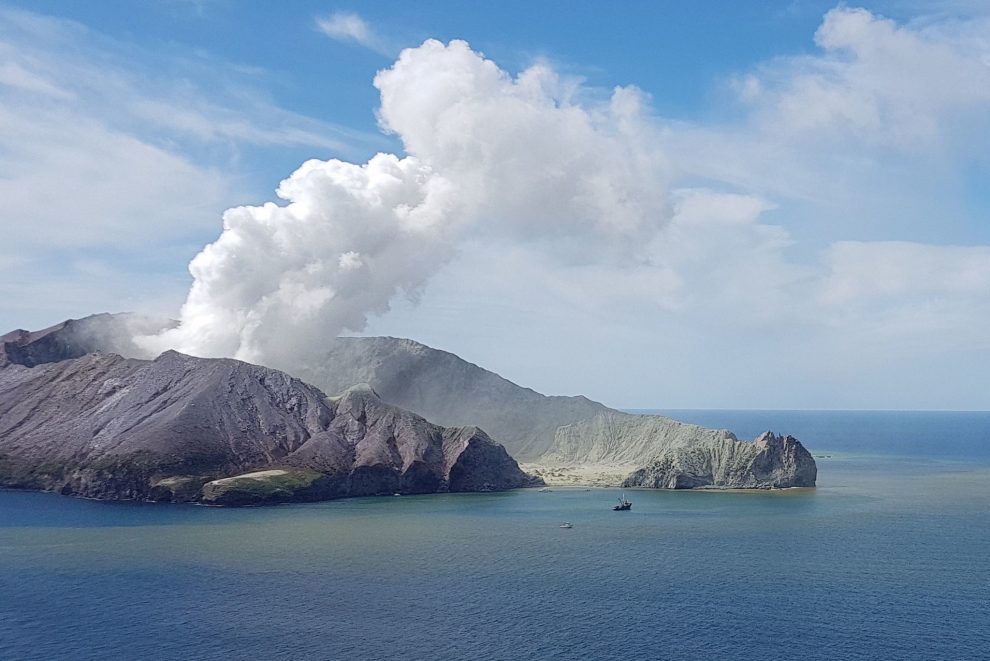 As of early this morning (December 10), at least five people have been killed, 18 injured and others still missing after a volcano unexpectedly erupted on the east coast of White Island, Plenty Bay, New Zealand.

At 10.12 local time, New Zealand police said at least 50 tourists were present near the volcano eruption area and only rescued 23 people. The police also said they had “not detected any signs of life” from those who were still trapped, and as soon as it was morning, unmanned aircraft would be mobilized to observe the situation.

Earlier, Reuters reported that at about 1411 on 9.12 (local time), a volcano on the east coast of White Island, New Zealand suddenly erupted, killing at least 5 people. 18 people were injured and many others reported to remain missing.

According to a New Zealand Geological Agency announcement, this eruption created an ashes of about 3,658 m high. The country’s Emergency Management Agency says ash dust immediately covers the entire White Island and is expected to affect some surrounding areas.

Speaking at a press conference shortly after the disaster, Mrs. Jacinda Ardern, Prime Minister of New Zealand, said: “Some tourists were on White Island at the time of the volcano eruption, including people New Zealand and abroad ”.

According to Stuff, the White Island (Whakaari) is one of the largest and most active volcanic structures in New Zealand. The island was essentially formed by volcanic activity over the past 150,000 years and has been almost continuously emitting volcanic gas since at least 1769. The island is quite round with a diameter of about 2 km and a height of 321 m compared to with sea level. In essence, the floating part is just the tip of an underground volcano in the seabed up to 1,600 m high.

According to documents, around 1880, some men stayed on the island to extract sulfur, gunpowder and fertilizer. However, by October 10, 1855, they used a boat to flee the island due to the terrible volcano eruption. Mining halted in 1914 when a western part of the volcano collapsed, killing all 10 workers there.

The period from 1975 to 2000 was the longest active volcano period, with a major eruption in July 2000 that caused the volcano to form a new crater near the old location. Other notable eruptions occurred in 2012, 2013 and 2016.
The island was designated a landscape reserve in 1953, before it became an area under the Conservation Act of 1977. Visitors are not allowed to visit the island without participating in registered tours.

According to the Daily Mail, from 2011 to 2016, scientists have repeatedly warned that volcanoes on White Island are too dangerous and should not be used for tourism. Even volcanic experts do not dare to set foot on the island and only observe by plane or unmanned aerial vehicle. However, many boats are full of tourists every day, despite the warnings. In November, the GNS Science Research Institute raised the volcanic alert level on White Island after it detected increased activity.