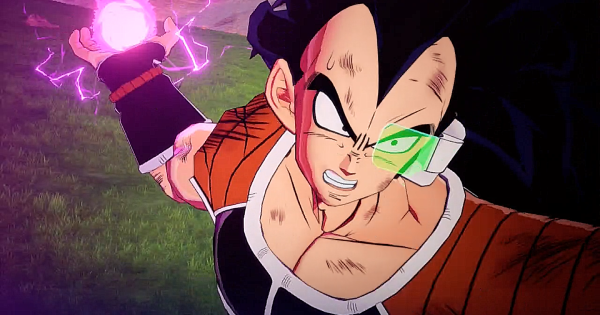 Here’s the walkthrough for Dragon Ball Z Kakarot. After Son Gohan was kidnapped by Raditz in the previous episode, Attack on the Saiyans, you’re determined to find him. Accompanied by Piccolo, you thus form a dream team.

Before leaving, Bulma gives you a Vitajus, a quick healing drink that allows you to recover 10,000 HP. Now is the time to learn how to assign an object to your palette.

The game then gives you some explanations on the support characters (in this case, Piccolo) and on the movement between zones now possible.

Go towards the village of Lucca on the world map available from the game menu. Select the village in question on the far right and confirm your choice. 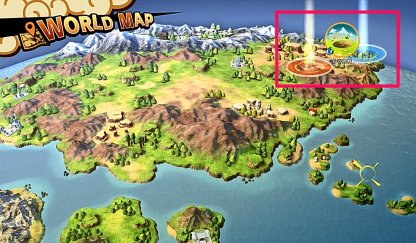 Battle it out with Raditz

On site, learn to move differently thanks to vehicles and discover the new area. On your map, locate your objective and note that two secondary stories are available in the surroundings: Gentil giant and Nam the peddler.

By following the red ray on the horizon, you arrive at the crater where the Raditz capsule has crashed. Eat the boiled fish that Chichi prepared for you during the food tutorial and listen to the dialogue. Then fight Raditz with Piccolo by your side in a first phase before attending a cutscene. 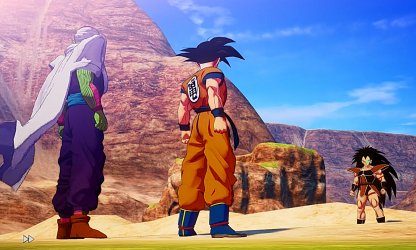 Face Raditz again in a second phase. The fight is not very difficult, just make sure to dodge its pink orbs using teleportation and watch out for its circular melee attacks. 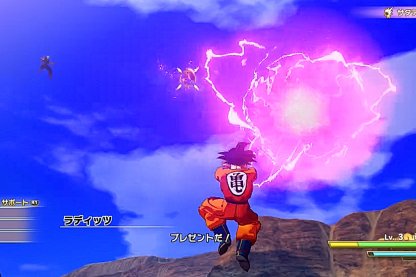 Son Goku in bad shape, the fight ends with a cutscene involving Son Gohan which destabilizes Raditz. Son Goku takes the opportunity to surround him, which allows Piccolo to strike him the fatal blow. Thus ends this mission.

Piccolo then decides to take over the training of Son Gohan and start with a survival course.

Attention: when Son Goku going down, in heaven, you need to answer King Yemma’s quiz correctly then after the quiz, you will get King Yemma & Kami’s Soul Emblems. Here are his questions and correct answer for your reference