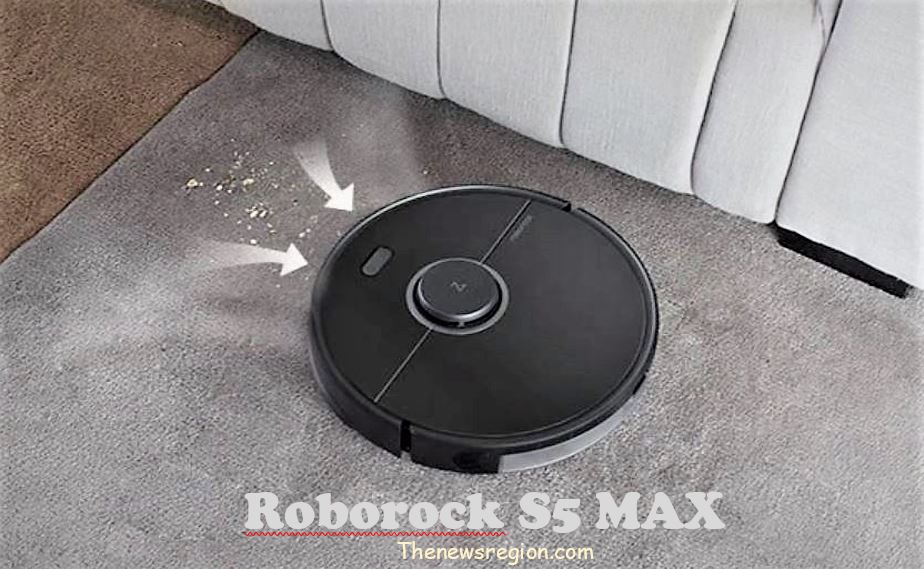 Artificial intelligence is also inviting in vacuum cleaners and especially robotic vacuums. Built with sensors, the Roborock S5 Max has the eye everywhere, it finds the best way and tracks the dirt on any surface.

It’s been more than a decade that robots come to clean autonomously at home. These rolling “cakes” come to suck up the soil and return to their base of reloading once their work done. And it must be said that there has been huge progress since the first models. Until recently, they used to get stuck all over the house, to fall down the stairs and were mediocre when it came to moving from carpet to tile, for example.

Today, like autonomous drones, they are barded more and more sensors and are now connected and doped with artificial intelligence.

Roborock‘s latest model, one of the leaders in this market, is one of those robotic vacuums that are “smarter” than the others. The S5 Max is able to swallow dust and mop. In order not to hit the table legs, it maps all the pieces. Better yet, he knows the location and surface of the different coatings of each piece to adapt its cleaning accessories when it treats them. The robotic vacuum goes even further, because it knows, for example, that it will be necessary to apply more water to clean a bathroom, or a kitchen.

Roborock S5 Max, much less stupid than a broomstick

In all, 13 sensors are placed on the Roborock S5 Max vacuum cleaner. In addition to a compass, an infrared sensor for distances and obstacles, an accelerometer, there is also an odometer! It is from these sensors associated with a laser rangefinder that the vacuum cleaner will realize its cartography. It will be able to update it by himself if you move a piece of furniture or a chair, for example. It can also cross obstacles from a height of two centimeters.

By mixing this mapping with the AI ​​and its 32-bit quad-core chip, the vacuum cleaner is able to optimize its movements to go faster, while using the battery of 5,200 mAh less. The latter has a range of 150 minutes. Once the robot returns to its base, the complete charge lasts six hours. And if the capacity is not enough to complete the household, the robot simply makes the necessary energy supplement to finish.

The device, flat and round like all models, measures 35 cm wingspan and is almost 10 cm high. It is not much bigger than its competitors and its predecessor, the S5. It weighs moreover also heavy whereas the capacity of its water tank for the washing is more consequent (290 ml). It can clean up to 250 m². Finally, it is virtually devoid of buttons, since it is mainly driven via home Wi-Fi and a smartphone app (iOS and Android).

Thus, with the Roborock S5 Max, it is necessary to use the Xiaomi Mi Home application or the Roborock application. It is with them that we can plan cleaning niches, and specify the floor coverings. You can also prohibit access to certain areas. The Roborock S5 Max is a high-performance model and accessible at a reasonable price, sold in its white version around $439.99 in normal time.