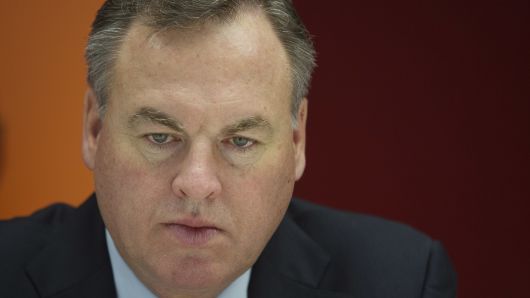 The two tech companies confirmed on Tuesday that Qualcomm CFO, George Davis, would join Intel as its CFO on Wednesday. The resignation was completed on Tuesday.

Davis was part of Qualcomm for six years as its CFO since 2013. He was also on the board of directors as part of the executive committee.

After Davis’s departure, the chipmaker company has decided to appoint David Wise as the CFO until a permanent replacement for Davis is sought. David Wise has been working at Qualcomm for an extremely long time and has been the treasurer of the company.

Bob Swan had been the CFO of Intel previously. However, after his promotion to the Chief Executive Officer post, the company has not had a CFO since January. Swan was appointed as CFO back in 2016.

Swan and Davis have shared their working lives earlier as well. Before joining Qualcomm in 2013, Davis worked in Applied Materials Inc. as its CFO in 2006. At that time, Swan was part of the board of directors. Davis’s tenure at Applied Materials was 13 years.

Swan, who has seen Davis work previously in the same capacity, said in a statement that Davis has exceptional leadership qualities. He added that the company’s owners would be impressed by Davis’s work in the allocation of capital and, in turn, building shareholder value. Swan said that he has seen Davis hold leadership positions in finance, strategy and corporate development, and government relations as well.

After the announcement of Davis’s resignation, Qualcomm shares dropped 1 while Intel shares increased by 0.1 .

Now valued at $1.25 billion, Ezcater gets investment amounting $320 million in total
Tencent to sell this year’s largest US Dollar bond in Asia worth $5 billion
Comment