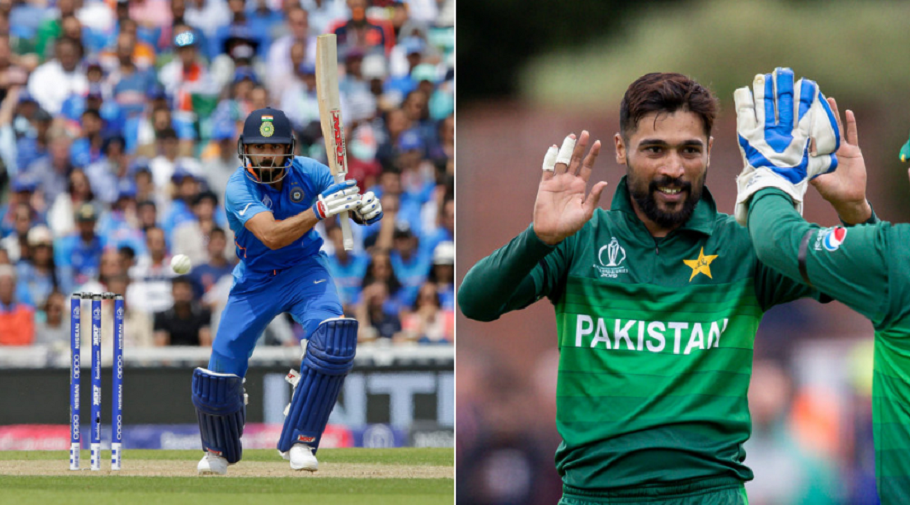 The Old Trafford in Manchester is going to witness the nail-biting match between India and Pakistan.  India vs Pakistan is the most waited and anticipated match of ICC World Cup 2019 and not only Indians and Pakistanis are crazy for it but also the whole world wants to enjoy their battle of bat and ball.

With 2 wins over Australia and South Africa, the confidence of Indian squad is on peak and when things come against Pak team then their Patriotic feelings also play a crucial role. Pakistan is not looking too brawny as they have lost 2 in 4 matches. Pakistan won only one match and the other was not concluded (No results).

There are great chances that India will bring the World Cup at home because they have beaten Australia and  South Africa in their league matches and with New Zealand, their match was washed due to rain. Shikhar Dhawan is not available for leading his team to the victory but K L Rahul is here to replace him. Shikhar Dhawan got injured when he was playing against Australia that’s why he has to go on rest.

Pakistan has to think more before challenging the Indian team because both bowling and batting department of Pak team is not so strong as India. In their second match, Pak team got victory over England but Australians have smashed them by 41 runs.

Two true rivals are going to compete and the question is that who will win the match. To satisfy your queries I am here with my match prediction India vs Pakistan. After concluding different aspects we will determine today’s match predicted match winner so observe the post till the end.

India vs Pakistan: Where to watch

India vs Pakistan: who will be the winner

I think you got my point what I want to say and no need, to sum up in words. After going through the above stats and current performance of the Indian team today’s predicted match winner in India. India is better than Pakistan in every aspect such as battling, bowling, and fielding as well.

Although the absence of Shikhar Dhawan can put them in trouble there are huge chances to win the battle against Pakistan. This match is very important for Pak team as they got only 3 points from 4 matches and if they lose today’s match then things will become pretty complex. As Pakistan’s squad has ever beaten by the Indians so their confidence is at the high level.

Seamless vs GrubHub: Which is best food delivery app
How to avoid Fortnite V-Bucks scams
Comment