Ohhhh…so the wait is over for Indian and Australians because the two World champions going to play today against each other in Kennington Oval, London. the match is going to be very interesting because both the teams are great and ranked on top in cricket ODI stats. So, guys, are you ready to watch India vs Australia, World Cup 2019, The match will be started in 1 hr exactly. But before going through the match and team details let’s predict the winner of today’s match.

Update on 10th June 2019: Yes India won by 32 runs from Australia, The Australian team get all out on 320 runs by Indian team while chasing the score of 352 runs set by Indian Players. This is the first defeat of the Australian team in CWC 2019. If you missed the live telecast of the match then you can watch the highlights. 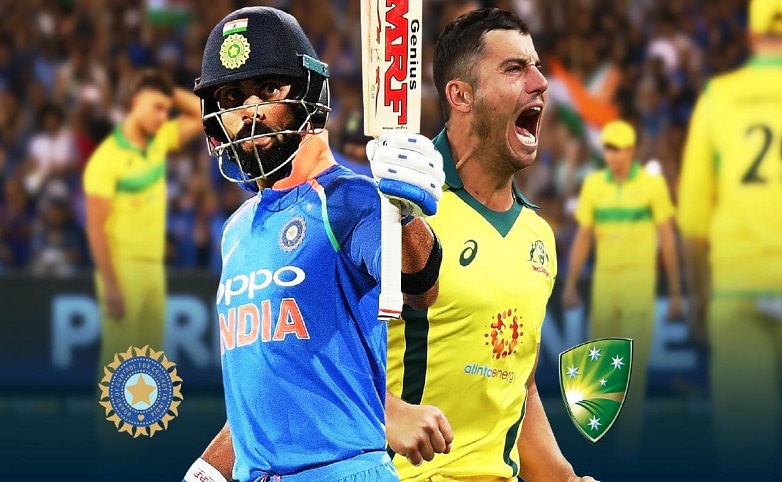 India vs Australia, World Cup 2019: Who will be the winner?

Today’s match prediction is going to be very tough it seems the 50-50 chances to win the match for both teams. The confidence of the AUS is on the sky as the team is winning all the matches of the series and getting top position in the point table of CWC 2019. Both the team have the potential to be the semi-finalists of CWC 2019.

The Australian team will play with its top 11 players which includes the strongest one Aaron Finch, David Warner,  Steve Smith, Shaun Marsh, Glenn Maxwell, Mitchell Starc, Pat Cummins and Jason Behrendorff. All these players are really great. In last, match Mitchell took 5 wickets against west indies which are best of CWC 2019.

Aus defeat Afgh and Windies in first two matches of the CWC 2019, it will be the 3rd match of Aud against India. Apart from the main matches, Aus won its both warm-up matches against Eng and SA.

India has a great list of players including MS Dhoni, Virat Kohli, Rohit Sharma, KL Rahul, Jaspreet Bumrah, and many others record breaking players. recently India defeats South Africa by 6 wickets and will try to win the match today.

The toss had done for the match today and India is the team who won the toss and decide to choose bat first. So let’s see how high score Indian team will set for the AUS team. Toss play a very important role in the victory of any team. Aus team as great potential to chase the score upto 300 runs easily so the indian team will have to set the target more than 300 runs to win the match.

There are 50-50 chances to win the match for both the teams because both teams have equal potential.

AUS vs IND: Head to head

AUS and IND played 136 matches against each other out of that 49 won by India and 77 by Australia. So fight going to be tough.