ICC World Cup 2019: India vs South Africa: Who is going to be the winner? Main strengths and weaknesses of both teams!

The wait is over, yes the most awaited match of ICC World Cup 2019 is going to held on 5th June 2019 in The Rose Bowl, Southampton at 09:30 AM GMT. This is the 8th match of the series, however, for India, this is their first ODI of the league and for SA third one. The African team lost his two previous matches from England and Pakistan. Here we are going to predict the match result of ICC World Cup 2019 India vs South Africa on the bases of the strongest and weakest point of both teams.

Indian batting lineup is very strong have great players including Virat Kohli, MS Dhoni, Rohit Sharma, Hardik Pandya, K.L. Rahul and Bowler like Jaspreet Bumrah and Yadvinder Chahal. Apart from these players, there are multiple all-rounders also exist in the team like Jadeja and Shikhar Dhawan. So all over the team has a great plus point to win the match. The bowling of the team is little lacking behind, There is a lack of one good bowler in the team.

South African team also look good have great players like Faf du Plessis, Quinton de Kock, Aiden Markram, Hashim Amla, David Miller, JP Duminy and Imran Tahir. But the moral of the team is little down due to the continuous defeat in the World cup 2019. The team will try to win the match but confidence of the team is low when the opponent team is quite strong. 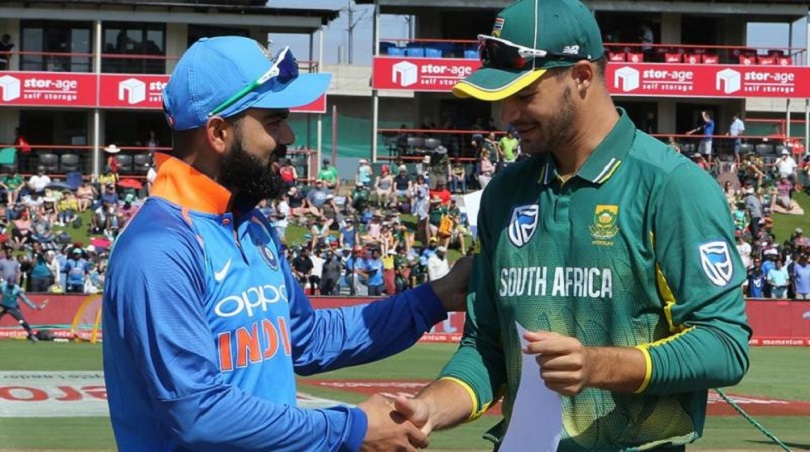 In 2015 World Cup India defeat SA by a great margin of 130 runs. Now Indian teams look quite stronger in comparison to 2015 and previous world cup matches, Now the team looks the winner of the upcoming match. Indian caption MS Dhoni is one of the best and coolest captain and motivate his team a lot. The IPL gives a good no. of players to the team.