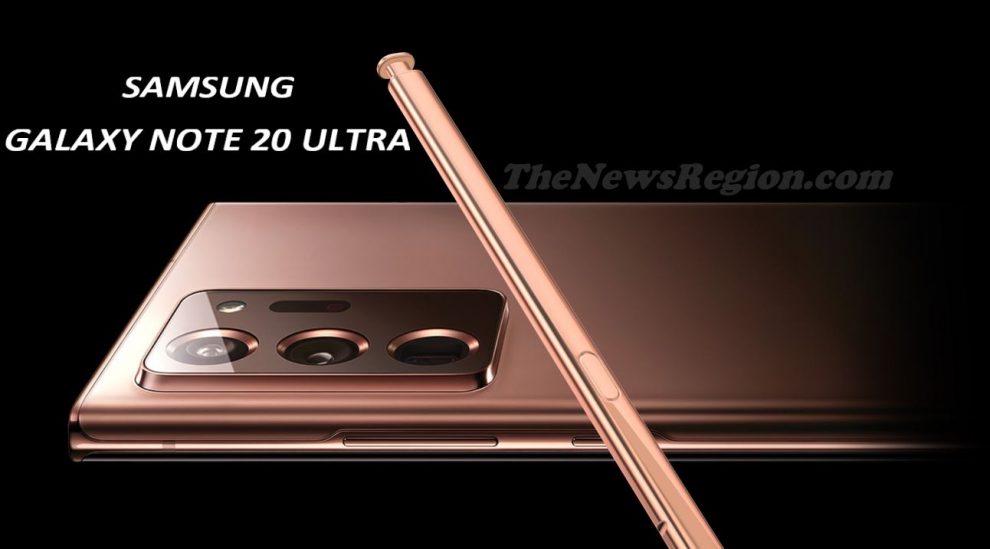 Where to buy the SAMSUNG GALAXY NOTE 20 ULTRA at the best price? 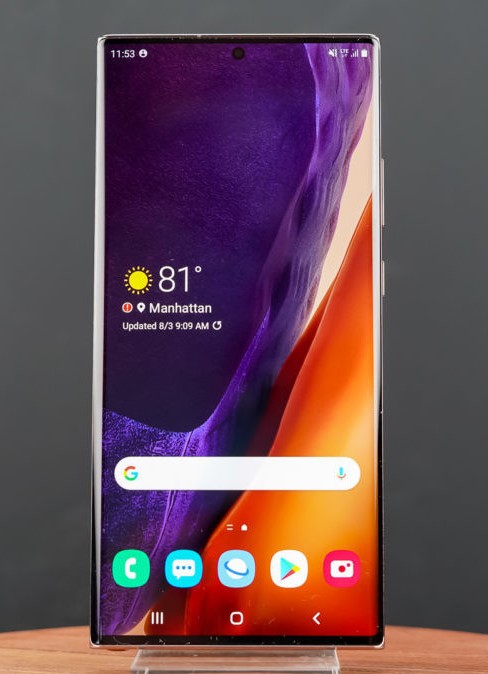 We were able to take charge of the Galaxy Note 20 Ultra, Samsung’s new very high-end smartphone. Productivity and video games are in the spotlight on this 5G compatible model which still relies on the S Pen stylus.

Here! Samsung presented its Galaxy Note 20 Ultra, among other products of all kinds. This smartphone thus adds to the already dense high-end offer offered by the South Korean manufacturer which, according to its statements, has focused on three pillars: productivity, entertainment and performance.

Here are our first impressions of this Samsung Galaxy Note 20 Ultra, while we have concocted another article of the same ilk dedicated to the classic Galaxy Note 20, made official at the same time.

No surprise, the Samsung Galaxy Note 20 Ultra is very large and weighs well with all its mass in hand. It is really tailored for people eager for the famous phablet format popularized by this range of smartphones. Compact, compact, lightweight are clearly not the terms that come to mind. It is essential to fully integrate this premise before analyzing the design of the device.

Indeed, if all these elements are not flaws in your eyes, then the Galaxy Note 20 Ultra is clearly a phone that can be bragged about in-hand feel and finishes. While it may sound thick at first glance, this model does not take long to show off its more refined aspects with its well-rounded edges and its curved screen pierced with a very discreet punch on the front, in the center.

At the back, the feel varies depending on the color chosen. If your heart leans for the white or black model, the glass will offer you a traditional glossy effect, but effective. My favorite remains the bronze version, a new color introduced by Samsung on its products which, in addition to being very beautiful, has the merit of being embellished with matt glass. The polished surface not only catches fingerprints less but is very silky under the fingers, almost satin. The glass in question is also signed Gorilla Glass 7 on the front and back.

While looking at the back surface, it’s hard not to let our eyes hang out over the massive triple photo module, in line with what the Galaxy S20 Ultra offered – the overwhelming mention on the x100 zoom minus. Clearly, the brand wants to show that we associate in our minds a large photo module with high photo quality. Personally, I always regret the very protruding side of the thing that makes the device wobbly when laid flat. The fingerprint reader, for its part, is on the screen. 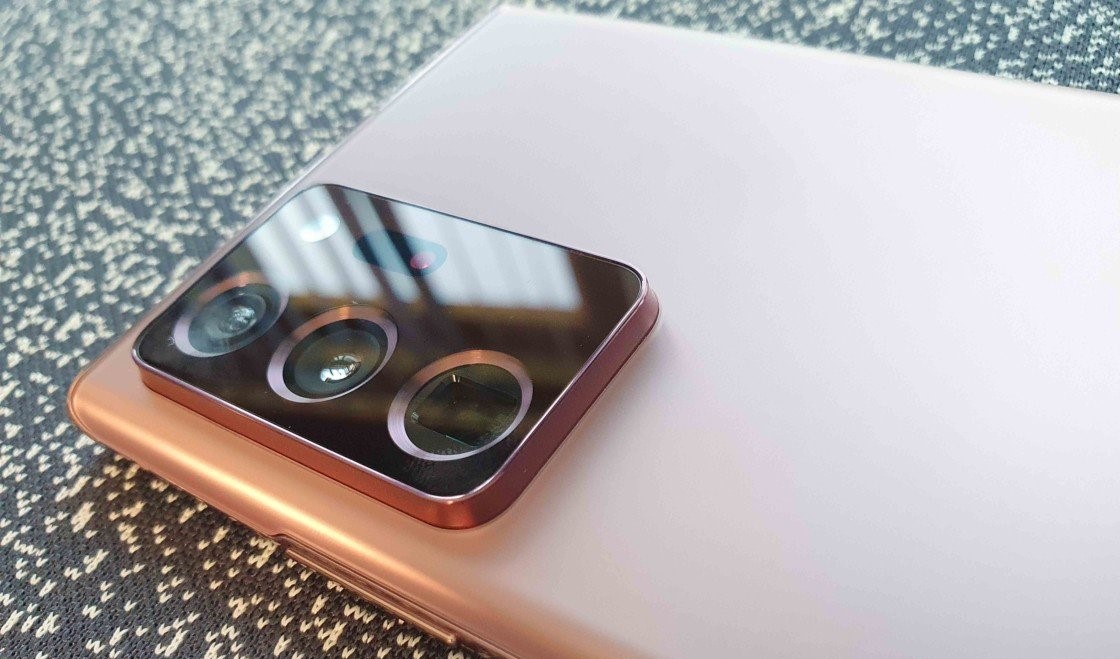 Another interesting point about the design of the Samsung Galaxy Note 20 Ultra, several elements have changed place compared to the previous generation of Galaxy Note 10. The S Pen case, at the bottom of the device, moves from right to left, while the unlock and volume buttons move from left to right. 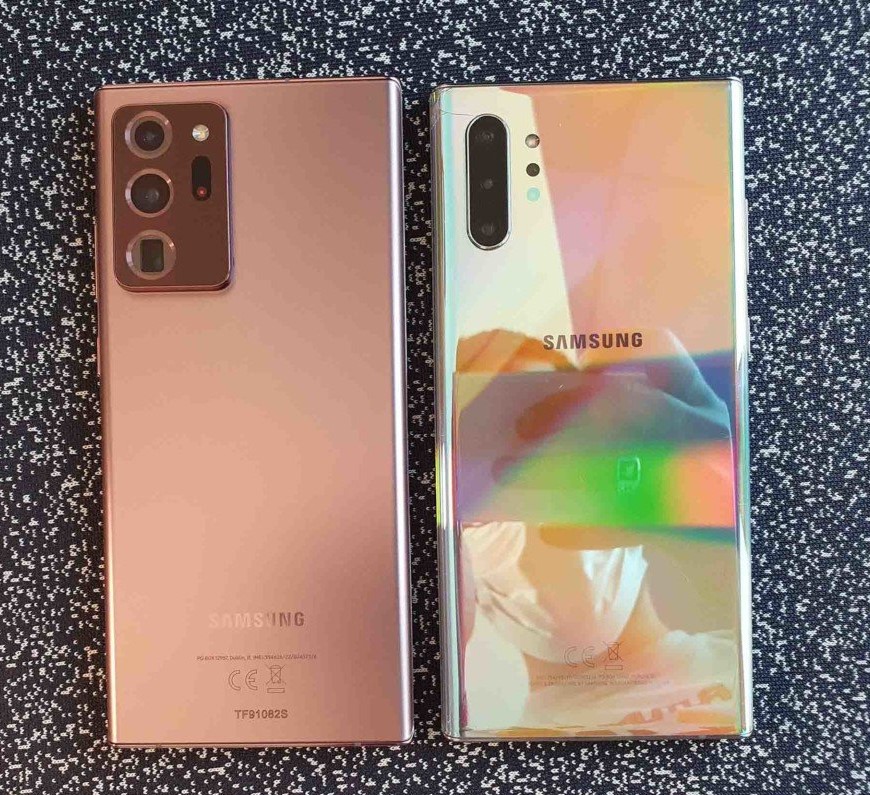 Beyond that, the IP68 certification is part of the game to guarantee resistance to water and dust, the USB-C port is low for charging and the jack has said goodbye to the high end of Samsung for a little while now.

Finally, the detail that kills (not really), the S Pen this year is each time the same color as the phone, regardless of the version chosen.

The 120 Hz mode of the Galaxy S20 was extremely pleasant as it provided a delicious fluidity in use. Unfortunately, part of the same functionality has caused such concern in terms of battery life for these devices. In order not to suffer from the same criticisms of the Note 20 Ultra, Samsung has decided, of course, to persevere with this 120 Hz mode, but by making sure that it adapts to the content viewed.

Thus, if you are simply reading fixed text, the screen switches back to 60 Hz to preserve its battery a little and will automatically switch back to 120 Hz when it is deemed necessary, in-game for example. It remains to be seen whether this will have a truly positive impact on autonomy. 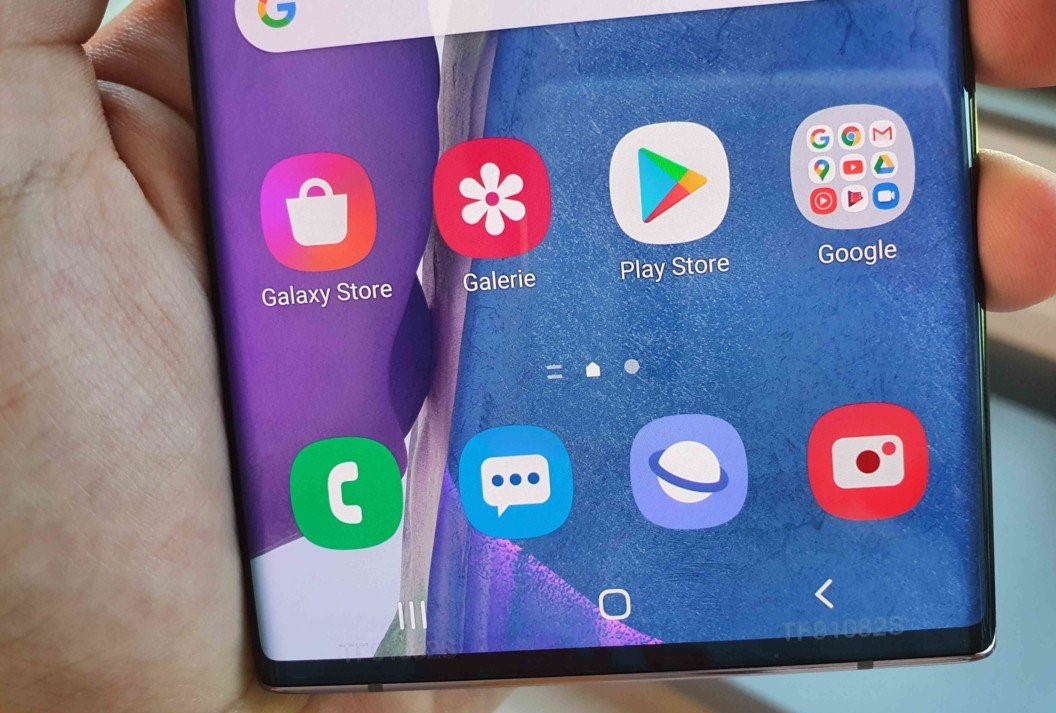 If we are talking about the screen, it should obviously be noted that the Samsung Galaxy Note 20 Ultra has a 6.9-inch Amoled panel. You won’t be surprised to learn that I found the display quality already excellent during my brief time with the device. From there to say that there is a very noticeable difference from the S20 would be a lie.

AN S PEN FOR PRODUCTIVITY, XBOX FOR GAMES

Is it a waste of time to insist so much on the S Pen? Not for Samsung which persists and only signs this accessory and the signature of the Galaxy Note range. In this regard, this generation gains a few additional gestures that further encourage users to use the small rod like a magic wand to interact with the screen without touching it.

For example, if I am not mistaken, lifting the stylus upwards will normally return to the home screen – except from the camera where you will switch from one camera to another – but I have Even though I tried half a dozen times, my attempts were unsuccessful. More interesting: note-taking has been optimized. Let’s start already with the fact that the latency has been reduced here to only 9 ms. 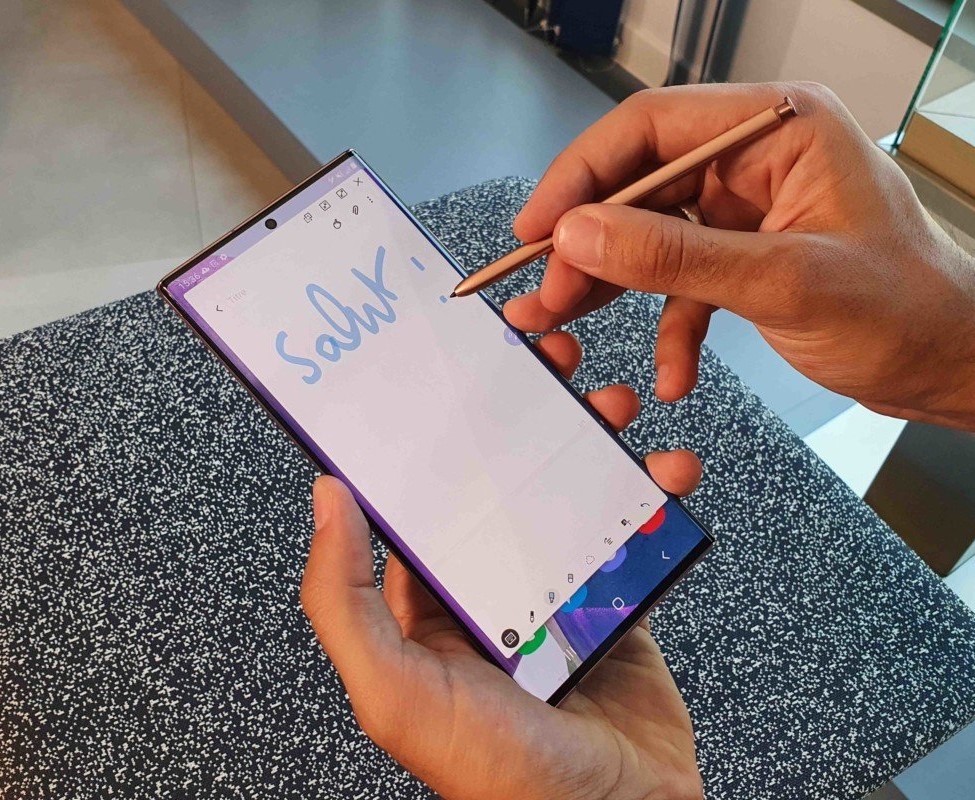 However, my favorite novelty concerns people who, like me, tend to write wrong. This gives the Samsung Notes app a button to straighten your handwritten notes so that they are more enjoyable to reread. It is now also possible to annotate a PDF and take notes while recording audio. In addition, all your documents can be synced with Microsoft OneDrive as long as you have an account.

The alliance between the South Korean leader and Microsoft is also felt through the “Link with Windows” option which allows you to use your smartphone from your PC. On Samsung devices, this option is very prominent since it is accessible directly from the quick settings panel. Above all, video games are in the spotlight this year.

Samsung has teamed up with Xbox (owned by Microsoft) to create a controller called “Moga” that is compatible with the Galaxy Note 20 and Galaxy Note 20 Ultra. By purchasing this controller, you will enjoy a three-month subscription to this Game Pass Ultimate cloud gaming service.

Interface level, no big changes yet. The Galaxy Note 20 Ultra runs Android 10 and shouldn’t be upgraded to Android 11 right away given Samsung’s history in this exercise. In return, we benefit from the very pleasant experience of One UI.

Finally, to put a layer on productivity, the DeX mode to use the smartphone as if it were a computer, now works wireless and also becomes compatible with all Samsung connected TVs since 2019 or those Miracast compatible.

The triple rear photo module of the Galaxy Note 20 Ultra takes, in broad outline, the formula of the Galaxy S20 Ultra. We are therefore left with the following configuration:

However, the Galaxy Note 20 Ultra does not offer an x100 zoom, a gadget feature of the S20 Ultra on which the brand had perhaps communicated too much. So it seems that users have expected too much from this level of magnification which obviously could not be of incredible quality. 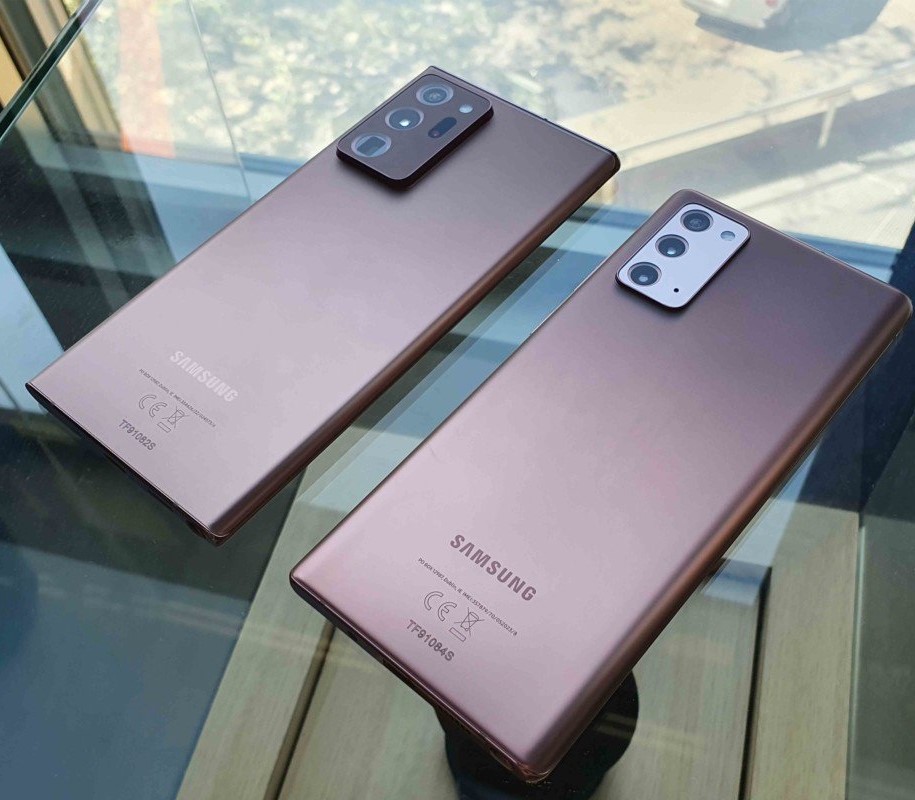 On the Galaxy Note 20 Ultra, Samsung doesn’t make too big of a deal, digital zoom is limited to x50. 108-megapixel stills and 8K video recordings are still in the game. As often, innovations in this area are more the prerogative of the brand’s S family. The new smartphone comes above all to re-use a recipe considered mature. Laser autofocus is present for fast focusing.

On the front, it is a 10-megapixel sensor that takes care of the selfies.

The performance of the Galaxy Note 20 Ultra should be no problem in-game since we can once again count on the powerful Exynos 990 chip associated with 12 GB of RAM. Exciting? Yeah… Admittedly, the SoC in question is powerful, but it remains less impressive than the Snapdragon 865+ which benefits the American models. 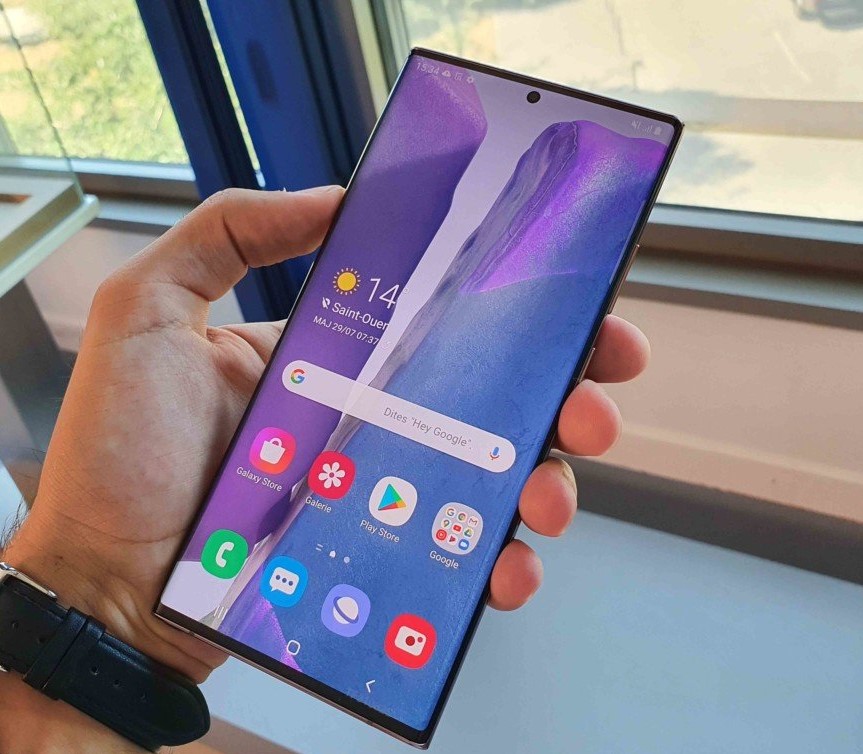 In addition, it is above all for its very perfectible energy efficiency that the Exynos 990 has been criticized. Even though Samsung promises to have made some software improvements, one can’t help but apprehend the autonomy of the Galaxy Note 20 Ultra with a wince of worry.

FROM 5G TO ALL SAUCES

Galaxy Note 20 Ultra‘s 5G compatibility is non-negotiable. You will be able to benefit from the advantages of the new generation of network, regardless of the version of the smartphone chosen.

BEAUTIFUL THINGS, BUT NO REAL SURPRISE

The Samsung Galaxy Note 20 Ultra, therefore, seems to be above all a smartphone that concentrates all the know-how of its manufacturer with attractive cutting-edge technologies. That said, all the little new things it does will certainly be interesting to discover and try out, but there is nothing really surprising about it. 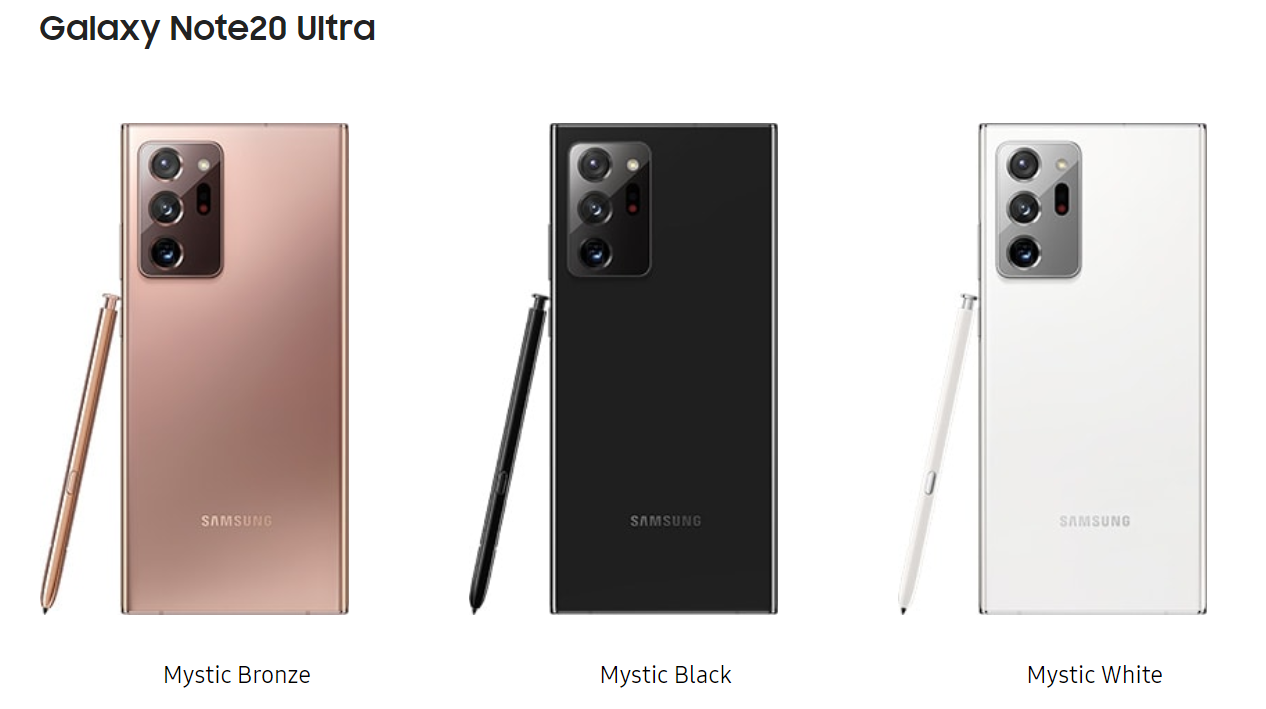 Overall, the device seems mostly to be polishing the cream of the crop rather than wanting to revolutionize its world.

As for pre-orders, they begin today Wednesday, August 5 and there are two different modalities. You have the “gaming” pre-order which gives you a Moga controller with a 3-month subscription to Xbox Game Pass Ultimate. If you are not interested, you still have the “audio” formula by which you will receive true wireless Galaxy Buds Live headphones with your Galaxy Note 20 Ultra (against Galaxy Buds + for the classic Galaxy Note 20).

Inception is 10 years old! Did you know that Christopher Nolan wanted to create a video game around the film?
TikTok reportedly set to sue Donald Trump
Comment