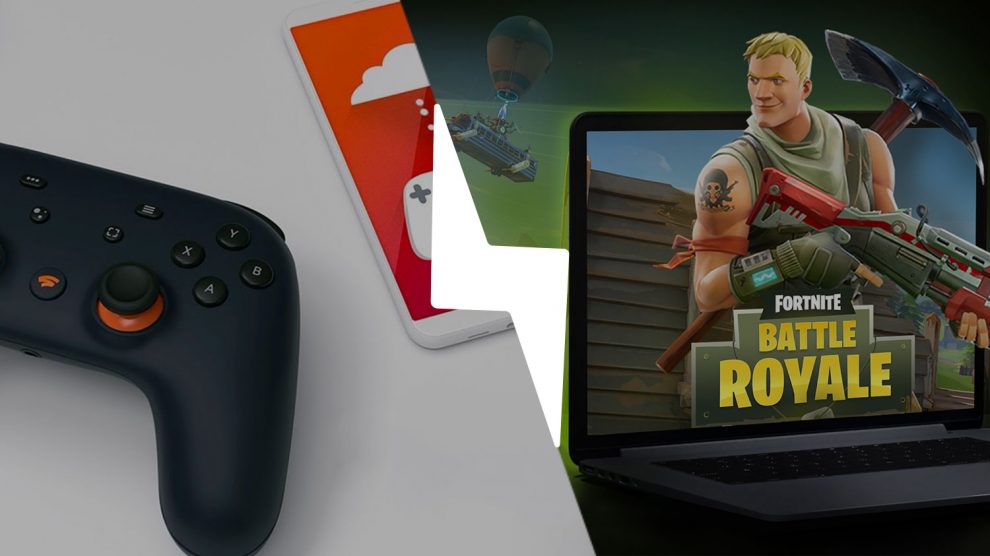 Google Stadia is the latest trendy cloud gaming service. GeForce Now is the mutation of one of the oldest existing services. At the end, who is doing best? Our comparison will enlighten you.

Google Stadia is the latest addition to cloud gaming services and profits from the support of a big name in tech. However, it opposes GeForce Now, a service born from the ashes of Grid and powered by Nvidia, big name of PC gaming and the stream.

We had the opportunity to test the two and make a simple comparison: between the new fashionable service and one of the oldest in full change, which wins the prize of the emerging cloud gaming? Here are our conclusions.

The principle of Google Stadia is quite simple: it is up to Google to integrate games and you have to buy them on its platform. There are not any alternatives. The operation is therefore quite close to the dematerialized store of any console, except that the “console” in the example here is simply the Google Stadia service. Some games are still provided “free” to paying subscribers to the service, the Stadia Pro. The game selection grows month by month and started with Destiny 2 Collection, Samurai Shodown to add Tomb Raider and Farming Simulator 19 in December.

The games are immediately accessible in one click and automatically take your backup. To resume your game on another system, simply connect to your Google account. 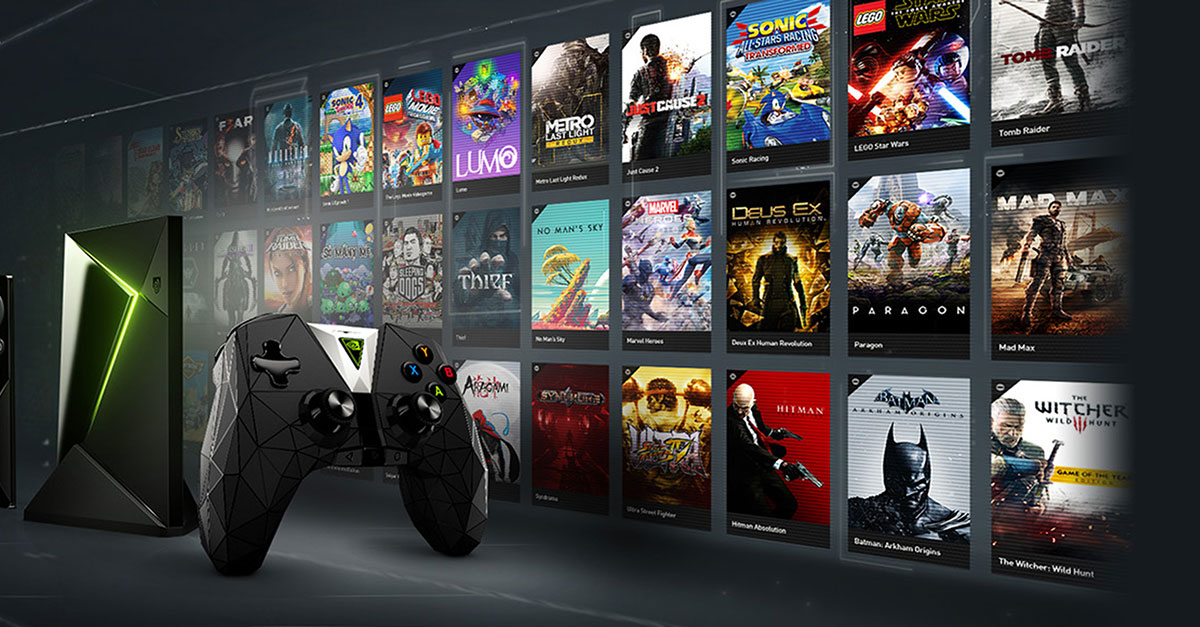 On GeForce Now, the principle is a little more complex. The service is based on your Steam or Epic Games account and a selection of games optimized for the service. Also, if the game you already own on Steam or Epic is present on GeForce Now, you can play it… without any other form of trial. There is no need to pay an additional subscription bonus (the price of which remains to be defined) for the GeForce Now service.

There is still a little subtlety. Some games are listed directly on the GeForce Now interface and are “preoptimized” by Nvidia directly for use on all the platforms it supports. For those who are not present in this first list, just open your own Steam account in the cloud to launch it, but the configuration returns to you automatically.

So, if the pre-optimized games are immediately accessible, it is not the case for those not. You will then have to connect to your virtual Steam account and download them live from the server before playing (nothing reaches your hard drive, everything is always in the cloud). Note that when you log out, the installed games will be automatically uninstalled, so you’ll have to re-download them each time you launch them.

In the library, it’s hard to do better than just finding all the games you already have on your Steam account with GeForce Now. It is all the more important that these can be used both in streaming and locally without any problems. It’s not the easiest to use yet, but definitely one of the most effective. Note also that being a PC platform, in essence, GeForce Now will naturally be more likely to be compatible with virtual reality experiences, which are one of Nvidia’s targets for its future.

Google Stadia, in its Stadia Pro version, promises a streaming stream up to 4K at 60 FPS. In practice, however, the flow naturally adapts to the connection and can vary, which was the case during the test. Above all, having a stream in 4K does not guarantee that the game itself runs in 4K. And for good reason: the Stadia servers run on Linux and not on Windows, causing developers to adapt their games to run on these machines. Most of the time, it will, therefore, be the console version which will be adapted since it is not dependent on the Windows DirectX library, and it does not necessarily have the capacity to send 4K to 60 FPS.

In terms of stream quality, on the other hand, it must be recognized that the stream sent by Stadia is very fluid and suffers only under very specific conditions. For slow-paced adventure games, Stadia manages to send a consistent experience most of the time, with a few freezes that you can quickly ignore, but which are still visible and have an impact on the experience of Game. 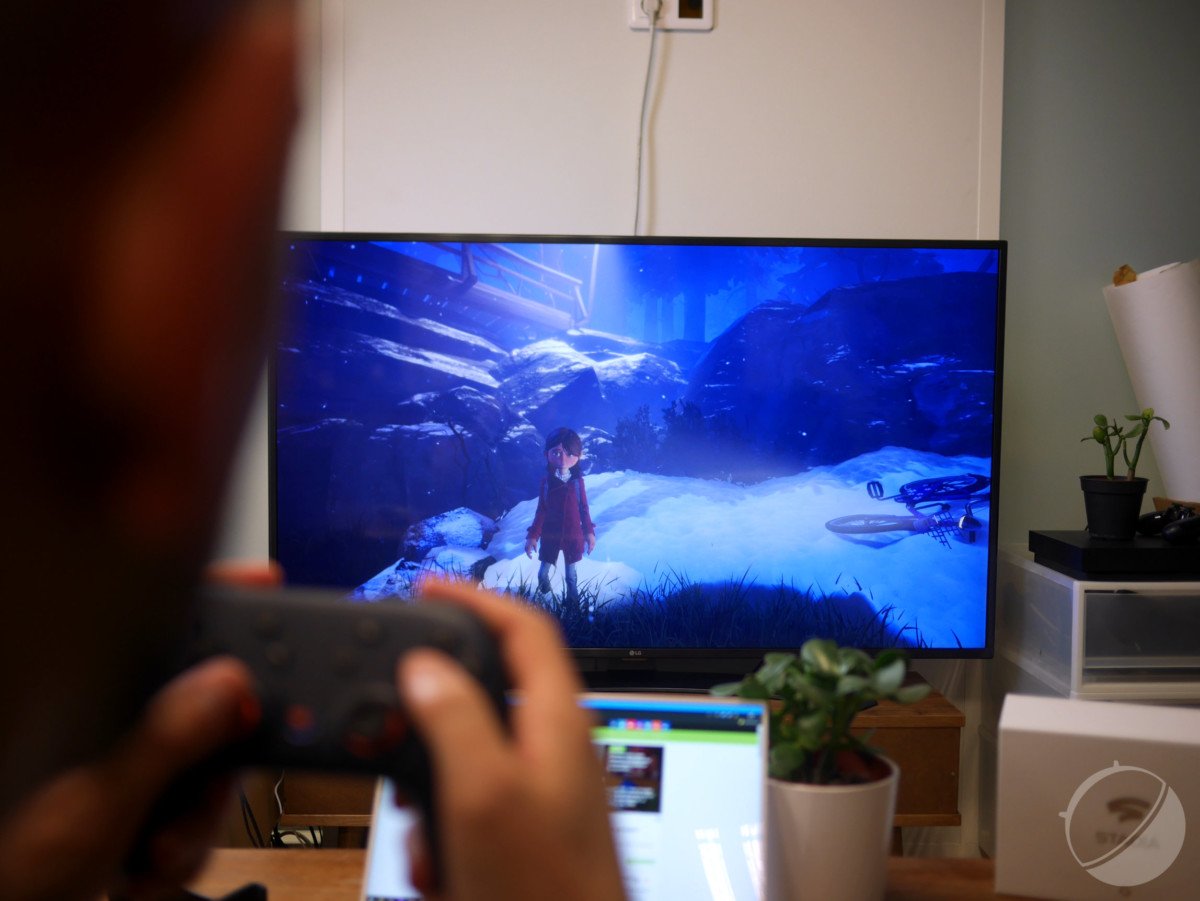 Nvidia GeForce Now aims to be your “GeForce graphics card in the cloud”, making experience in its DNA a PC experience. It’s simple: servers running Windows, they can simply take advantage of both the Vulkan API and DirectX, making the versions you find on the servers … PC versions. If a game is capable of bringing you 4K at 120 FPS, there is no natural limit for the platform in terms of power.

By cons … There is a limit on the stream. The service offers a maximum 1080p stream at 60 FPS at the moment. Nvidia has, however, already demonstrated the service running in 4K at 60 FPS and it’s a safe bet that this possibility will be unlocked in the future. As it stands, the stream is excellent and adapts very well to all types of connection. There will be a big difference on the streams, linked to the use of the proprietary NVENC codec on the Nvidia side: the image will not necessarily completely block in the event of a connection drop, but only certain parts will be refreshed.

On the one hand, to the eye, it gives the impression that artifacts slip into the image … but on the other, the feeling controls in hand and much more fluid and thus does not interfere with the experience of the game. For games that demand more responsiveness, GeForce Now is clearly above.

On paper, Google Stadia is for the moment superior. In fact, we may recommend GeForce Now a little more for competitive FPS players or fighting games. Note, however, that these two services are likely to evolve and both promise the appearance of 4K, 8K, and 120 FPS in the years to come.

The games on the Google Stadia platform work… on the Stadia platform. So, most online multiplayer experiences are simply between Stadia players, and that’s it. Some titles are playable with PC users, including Farming Simulator 19, but this is dependent on the developers themselves and not on the platform. The same goes for the possibility of cross-play between several different platforms. 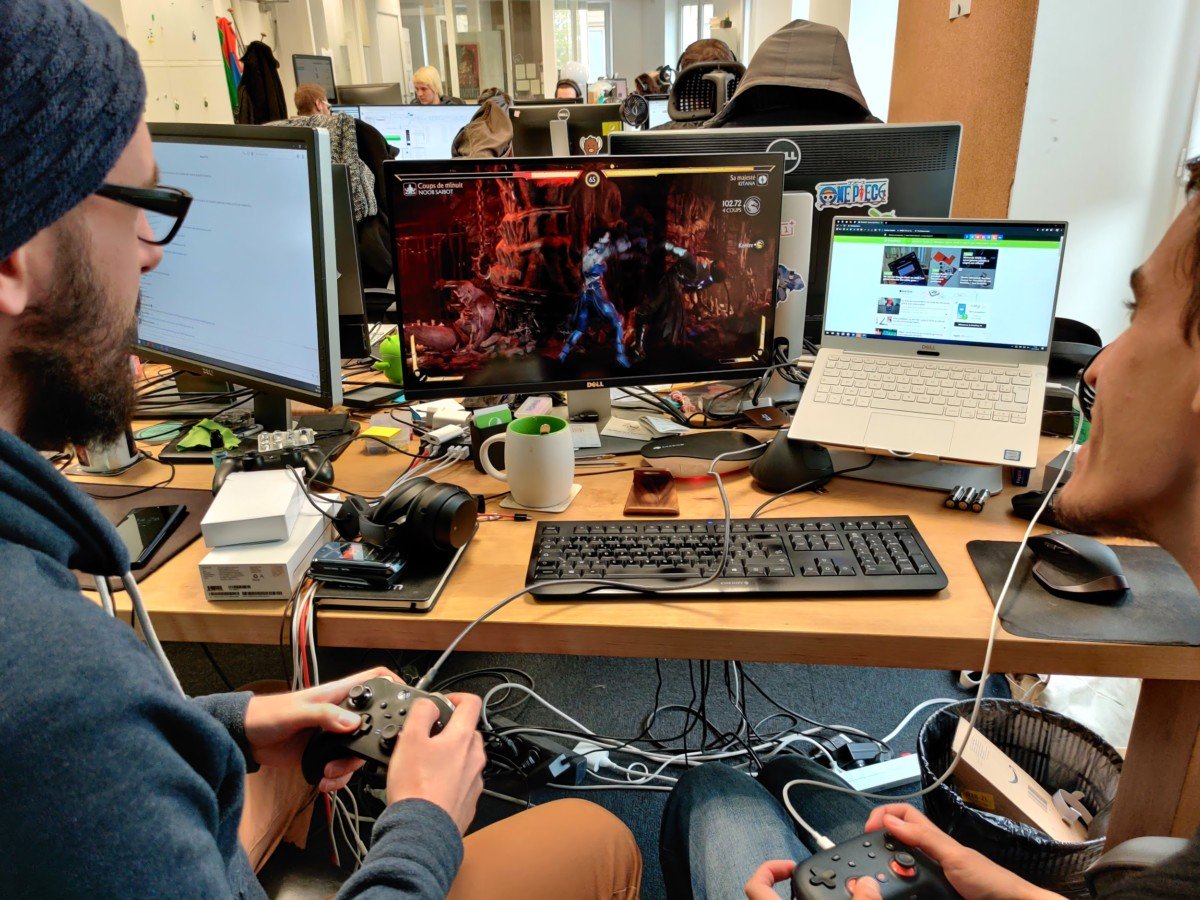 GeForce Now launches PC versions of the games. Also… you just play with the PC community. It’s at least guaranteed to find your friends and opponents online easily, even if the servers often recognize you in America even if you’re using a European base. This does not in any way prevent you from playing this being, but note that not all games are necessarily compatible.

On these beginnings, it must be recognized that GeForce Now offers a much more complete multiplayer experience … by the simple force of having more players. The situation may change in the future, but this is a big positive for the moment.

Google Stadia is still in beta (though unacknowledged), making it not available on as many platforms as we’d like. On PC, it will go through the Chrome browser, which remains somewhere the platform with the greatest expansion. On mobile, the official app is limited to the Pixel 4 and Pixel 3 families (and a few other models).

On TV, you will necessarily have to go through a Chromecast Ultra for the moment. It’s somewhere disappointing, but also… very broad in absolute terms. The possibility of being able to play it with just the installed Chrome browser is a big plus, which makes the service compatible with Windows, macOS, but also Chrome OS.

The great aberration of the service in its current form, however, is to absolutely have to go through the mobile application to buy games or adjust the quality of the stream. On other platforms, you can only select and launch a game. 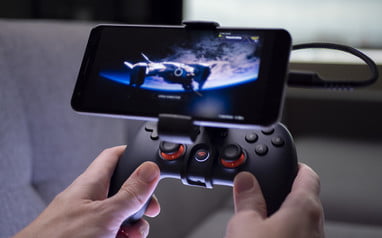 GeForce Now is currently available as an application on Windows, macOS, Android TV, and Android. For the moment, the service is not yet available on iOS, but Nvidia claims to be in talks with Apple to validate its application on the application store of the Californian giant.

CONCLUSION: WHAT IS THE BEST CLOUD GAMING SERVICE?

Note that we are comparing two evolving services here. Also, these conclusions will evolve over time and the comparison is above all linked to the philosophy of each platform.

As it stands … It is clear that if you are already a PC player, GeForce Now should be more suitable for you. Nvidia’s platform allows you to simply take your PC gaming experience with you wherever you want, on the machine you want. If the limitation of mobile and TV platforms is currently rather frustrating, it is bound to change over the next few years and at the official release of the service.