While standing or squatting, hand-held remote control, the young people of the city circulate on the roads of San Francisco. Like bicycles and mopeds, electric skateboard is becoming more and more an alternative to cars in the USA for young people, in big cities like Los Angeles.

And the market keeps growing. Over the last four semesters, approximately 12 companies have joined the hoverboard skateboard market. For the most part, they are American and Chinese.

Electric skateboard: what is it?

An electric skateboard is a personal transport vehicle based on the model of a skateboard. The speed is controlled by a manual throttle or weight change and the direction of travel that is set by tilting the board to one side or the other.

There are many electric longboard brands on the market, like Evolve skates or E-go skates, to name only the most famous brands. This means that there are a large number of different electric boards, with different characteristics.

Whether it concerns aesthetic issues like size, color, shape; or more technical points like the battery, the electrical system or the control system; the offers are very varied.

Boosted Boards, the leader of the field located at Mountain View, was founded by 3 Stanford University students in the PhD program, almost 6 years ago. John Ulmen, one of the creators of the firm, says he started using skateboard to get around the university campus. But in search of a board that was electric, he did not find it and decided to make it by himself. The other designer, Jim Rugroden, for his part, had already had to build a motorized skateboard running on fuel. But, because of the huge noises that it produced, the authorities had to prohibit it in California.

Their new invention is a true innovation. Less noisy, fast and enjoying a good autonomy, the sale of this model continues to grow; 500% in 2017.

The advantages of electric skateboard

Many people still wonder why buy an electric skateboard, when you can have a classic board that seems to have many more benefits. Do not be fooled! Beyond fashion, hoverboards also have great strengths.
The first advantage is undoubtedly related to practicality. If you use your electric skateboard to get around on a daily basis to get to work or in class, it’s a lot less tiring than with regular skateboard.

And with regard to the many so-called problems related to the fact that skateboard is electric, the key is to choose a reliable and solid model. Indeed, the best sold electric skates are manageable and robust, suitable for both adults and children.

A more convenient mode of travel

Skateboard is increasingly coming out of extreme sports to fit into the daily lives of young people as a mode of travel. It is used to travel relatively short distances in metropolises. Skateboard is even more beneficial than cycling. It is smaller and lighter, making it easy to take the train or bus with it; says Jeff Russakow, the CEO of the firm that aims to make the electric board a new means of transport city.

Some municipalities share this opinion. They plan to substitute self-service bicycles with electric boards; since the bikes are more bulky and people let them hang out a bit everywhere.

Even car manufacturers are not indifferent to this new trend. At the 2016 auto show, Audi was presenting a car model with a skateboard hanging on the back. Volvo, too, has approached Inbord, another skate manufacturer, to learn about their skates; they told the daily Forbes. 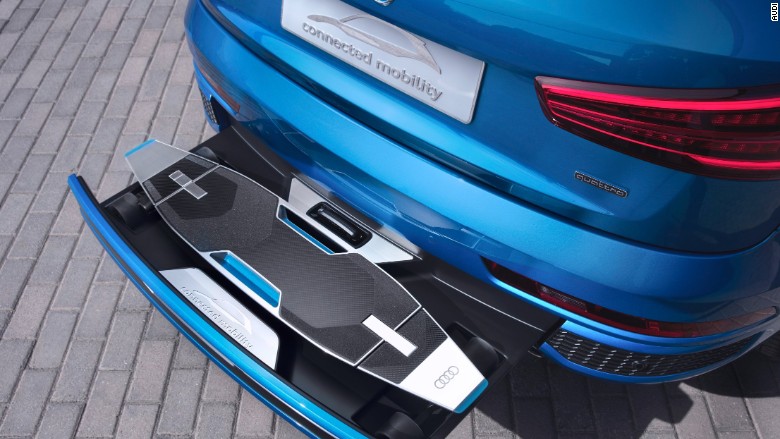 But for manufacturing firms to make this means of transport an alternative to the car, they must first improve the image of their product; since skateboards are still for many, a very dangerous tool for offenders.

How fast is a electric skateboard?

The electric skateboard being a practical transport tool, speed will play a leading role in your decision.
Generally, variable speed electric skateboards must offer speeds ranging from 15 km / h to 45 km / h. The fastest electric skateboard can reach to 68 Mph, more than the lastest one of 59.55 Mph (95.83 km/h) in according to Guiness World Record in 2015. If your concern is to travel at higher speeds, this could have a significant impact on the price of your electric skateboard.

The electric skate speeds of 15 km / h to 25 km / h are considered the best choices for most users. Those at 25 km / h at 45 km / h are usually for expert skaters because of their very high speed. 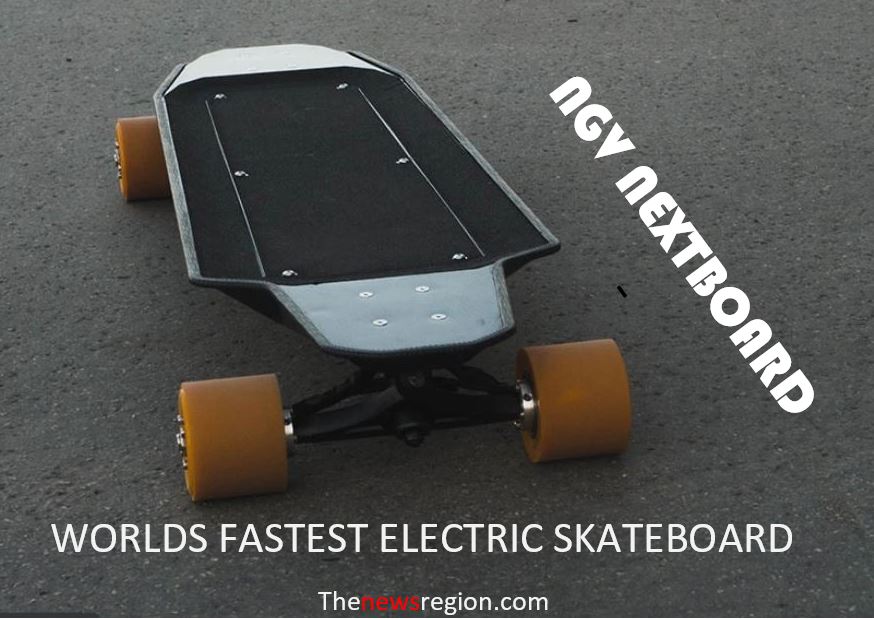 As its name suggests, the urban model motorized skateboard is intended for use on flat, paved, bituminous and concrete surfaces. This is a type of hoverboard that is very similar to conventional skateboarding, the only difference being that it is motorized. A complete electronic skateboard is an inclusion of a fully functional motorized system. It comes with a remote control and software that allows you to customize the power, speed and range.

The advantage with this type of skate lies in its maneuverability and lightness, allowing it to be carried around the city.

When it comes to off road electric skateboards, they are as their name suggests.

They are easily distinguished from urban models by their imposing wheels. Ideal for adventurers and extreme sportsmen, you can use these models absolutely anywhere.

How does an electric skateboard work?

Like many modes of travel that have evolved for a few years now, electric skateboards have become more and more popular with children and adults, while offering more ease and comfort.

Options of an electric skateboard

The options available on electric skateboards are variable, although there is not that much in the end, unlike other vehicles. Some e-boards without remote control allow bluetooth connection with an application, others come with a remote control that will direct them.

Other options exist. One thinks especially of the feuss back and front. Very useful to be visible at night, they are often red LEDs or other colors that consume very little Watts.

On the application, we can often managethe electric skateboard without remote control but we can also often access different navigation data that will allow to find all the useful information such as the battery rate remaining on the skateboard