England vs Pakistan World Cup 2019 Winner Prediction: So today our match prediction teams are England vs Pakistan, Both teams are ready to explore the cricket ground with their best 11. There is a very few time left in a match start, Both countries audience eyes are stick on today’s match England vs Pakistan World Cup 2019. Both country’s supporters want to win their team. But competition is going to be tough, Both teams will try to win the match using their best batsman and bowlers. The final Winner will come to know by evening.

Update: In yesterday match once again things go out of the prediction and Pak won the unbelievable battle from England, The park team set a huge target of 348 runs. Pakistan openers Imam-ul Haq and Fakhar Zaman comes as the opener and give a good start to the match, They both added 69 runs in first 10 overs. Unfortunately both the players could not able to complete their half-century. But both players give a boost to the team to set a huge target. Pakistan skipper Sarfaraz Ahmed also played a crucial Inning of 55 runs.

The Eng team struggled a lot to chase the score but couldn’t able to win. Buttle played a great Inning of 103 runs, other middle-end players also contribute to the score but the opening and ending players didn’t work well and finally, the Eng team just reached to 334 runs. 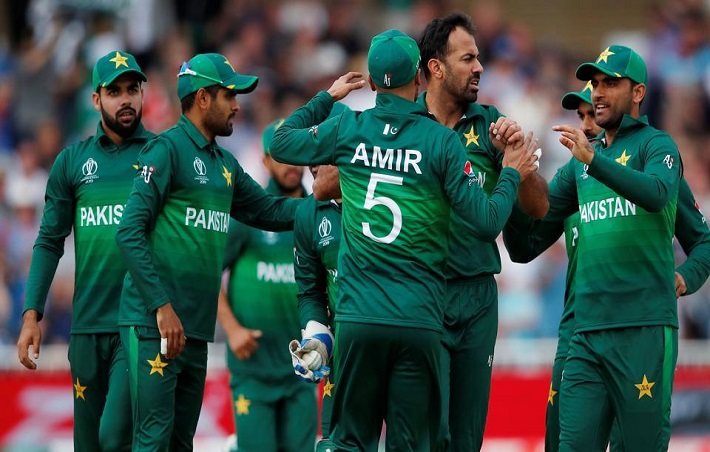 England vs Pakistan World Cup 2019 match prediction: Who can be the Winner?

England is playing well from last few decades and has great chances to reach in Semifinal or can be a finalist of World Cup 2019 as well while Pakistan continuously losing his match first warm match lost from Afghanistan and the first ODI of World cup 2019 from West Indies. Yesterday Bangladesh defeat South Africa by 20 runs, However, Bangladesh is a weak team in compare to SA. If we talk about the uncertainties and players than Pakistan had a good team and can win the match against England but the chances of Pak winning over England are just 30%.

If we talk about the England vs Pakistan ODI Head To Head Matches  There are total 82 matches has been played between two team out of 82, 49 won by England and 32 by Pakistan. The test matches result are also look similar. So there are more chances of the winning of England over Pak in 6th ODI of World Cup 2019. There are 70% chances Engald will win today’s match.

Pakistan Vs England Head to head

The winning of any team also decided by the type of pitch and the decision taking after winning the toss. If we look at the maximum score on the pitch it looks a strong batting pitch, the highest score on the pitch is 481/6 (50 Ov) by Eng vs AUS and the lowest total is Lowest Total: 83/10 (23 Ov) by RSA vs Eng.

The Highest Chase score on the pitch is 350/3 in 44 Over by Eng against NZ while the lowest defended score is 195/9  in 50 overs by West Indies against England. So anything could be possible on the ground as the opponent is England you can create a score from 300 to 400 or can be all out at 180 runs. and on the chasing condition, you can even chase the score of 350 runs if bat well or can defend a score of 200 runs if bowl well.

So this was our prediction of England vs Pakistan World Cup 2019, for more interesting updates and predictions of World cup 2019 stay connected.