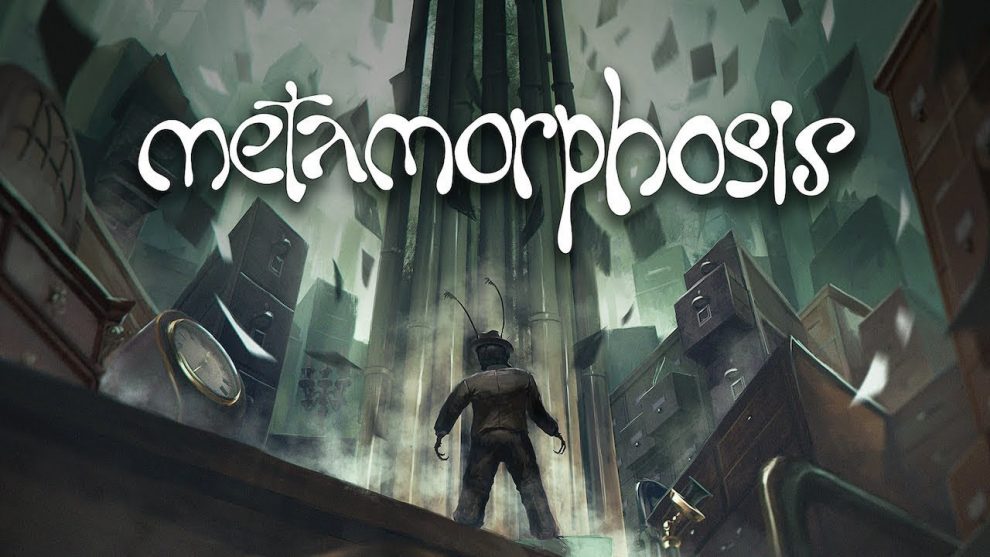 How is Metamorphosis Kafka adventure and why it is interesting with gamers? Let’s see our analysis!

Specialized in VR, the small studio Ovid Works is trying to sign its first cross-platform game with Metamorphosis, a curious mix of platform games and puzzles, which is quite openly inspired by the author’s work, Czech Franz Kafka.

About the Metamorphosis Kafka adventure

In the shoes of Gregor, a human who has turned into a cockroach, the player finds himself at the heart of a strange plot. In the world of the infinitely small, he will have to try to discover how his metamorphosis is linked to the internment of one of his friends and to a curious secret society called “The Tower”. 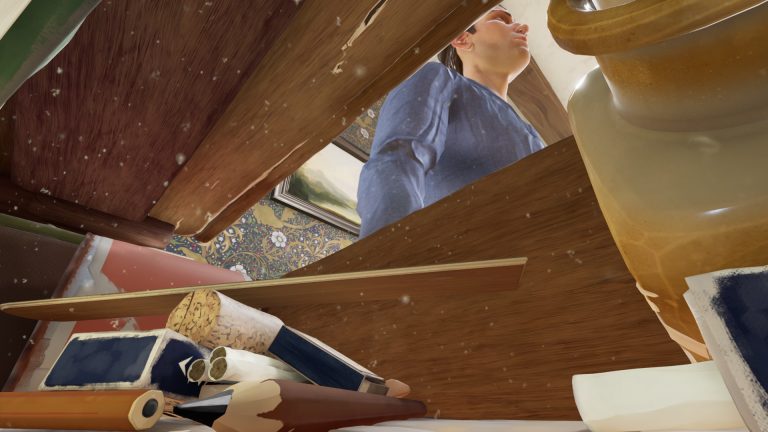 If his scenario remains very simple, the dialogues that we attend and the interior reflections of Gregor are very well written and give real substance to the story. Despite appearances, Metamorphosis Kafka dares to go to great lengths in criticism of society, drawing quite openly from Kafka’s work, particularly targeting the human condition. Themes rarely addressed in video games.

The developers of Ovid Works have done a lot of immersion work in this regard. Metamorphosis is played entirely in the first person. No muscular sequences however in this game, which brilliantly mixes platforms and puzzles. To progress in the adventure, you will have to make your way between candlesticks, sleeping pills, dishes and cigarette butts.

Despite appearances, Metamorphosis is not a simple walking simulator. The developers have worked hard and it shows in the level-design, very ingenious, which will push the player to explore different scenarios to progress. The game of Ovid Works thus takes up elements of parkour, plays with the physics of objects and forces the player to use some of the abilities of our dear cockroach, for example by greasing his legs to be able to climb walls or vertical objects. (with of course a limit of use). 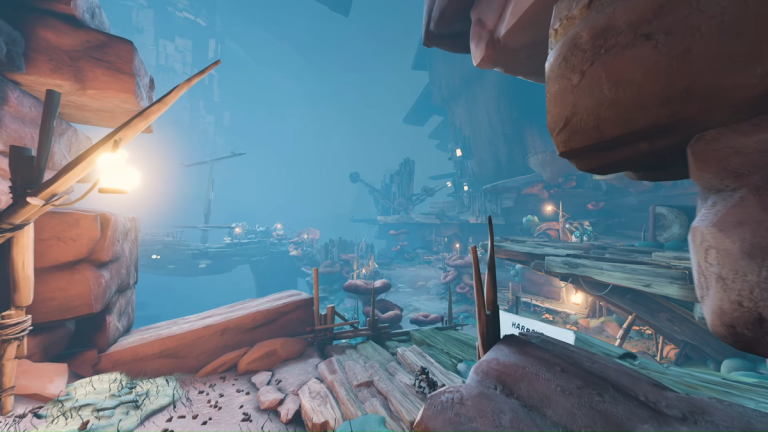 Despite its simplicity, Metamorphosis shines in its level design and gameplay, which brilliantly mixes platforms and puzzles. These, if they are ultimately few in number, have the merit of being quite imaginative and generally relying on mastering the physics of the game. We find in this title a lot of creativity and that is good because Metamorphosis looks like a real breath of fresh air.

A lot of work has also been done on the level of immersion, whether it is with this view down to the ground, which really gives us the impression of being a cockroach, or the life that reigns everywhere in the universe of Metamorphosis. Because you will not be the only insect in this game.

During the main adventure, you will meet many other creatures of different types, with all unique personalities. These insects have taken up residence in the dwelling you will explore. They can be found stashed in drawers, isolated in pipes, and or organized like a real civilization in places conducive to gatherings, like the gramophone, transformed into a real disco. It’s a fact, Metamorphosis has character, and that’s without a doubt what we liked the most about him. 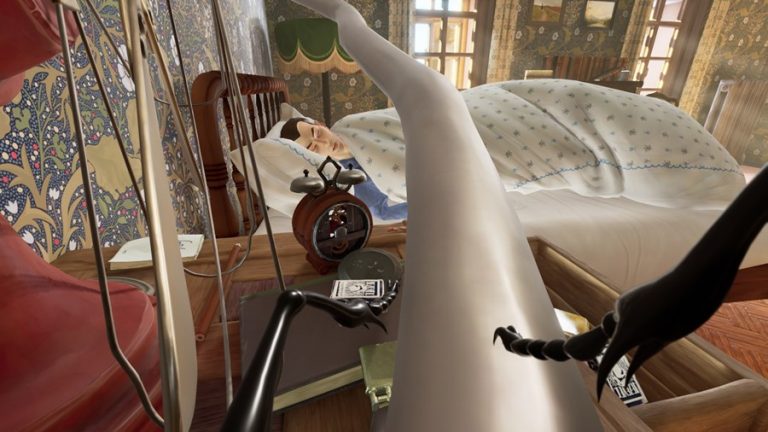 The playing experience is solid, the immersion successful and we sincerely do not see the time passing in this charming universe. That being said, the experience is unfortunately short-lived since it won’t take you more than 3 hours to see the end of it …

On the production side, however, Metamorphosis fully justifies its price, with its graphic design worthy of a double-A game. The sets in the game are superb and the artistic direction very inspired. The only small complaint we can address to him on this point: the modeling of humans is hardly very convincing, with very “plastic” textures. The soundtrack is no slouch with impeccable English dubbing and music that looks straight out of a Tim Burton movie.

Drawing quite openly from the work of Czech author Franz Kafka, Metamorphosis plunges us into the heart of a unique adventure, in the skin of a human being who has turned into a cockroach. Despite appearances, Metamorphosis is far from being a simple walking-simulator since it is actually a rather nervous platform game in terms of its gameplay and intelligent in its design with its multiple puzzles based on the physics and its level-design that pushes the player to explore.

Its very seductive universe, its pretty graphics and its very immersive soundtrack make it a title that you will go through from start to finish without putting the pad down. However, the gaming experience is very short-lived for 3 short hours of play will be enough to see the end of it.

The best games like Fortnite on iOS
The best steering wheels for PS4, PC and Xbox One racing games
Comment