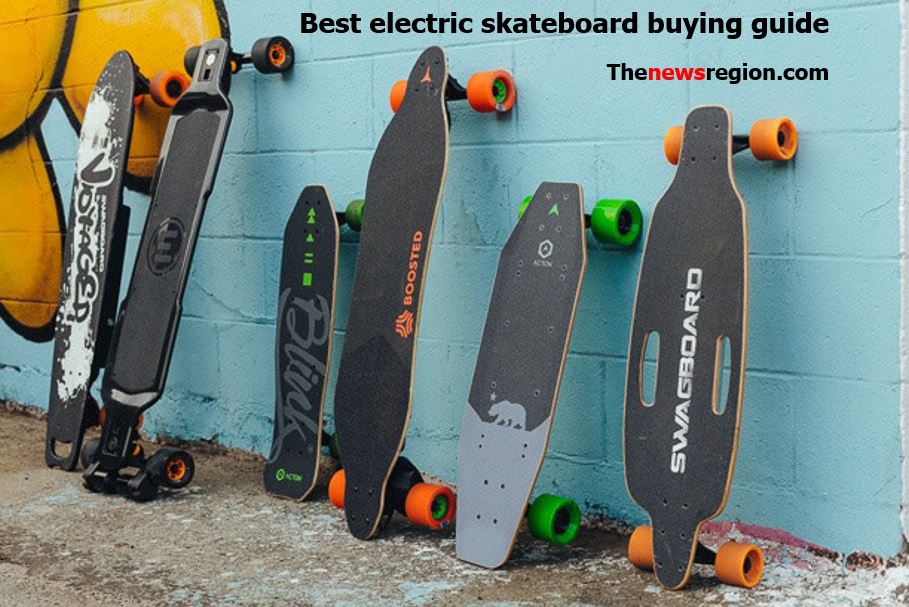 Skateboard, also called “skate”, is an object well known to everyone for the last three decades. Depending on the circumstances and motivations of the user, it can be used as a means of transport, as a toy to be considered a sport in its own right. Recently, electric skateboard has made its debut. So much so that it has become fashionable so much so that everyone wants to get one! In order to prepare your purchase well, let’s find the 5 most important points to integrate when making the decision to purchase for yourself the best electric skateboard !

Like any other urban gliding product, electric skateboard exists in two broad categories; the urban model, and the all-terrain model. 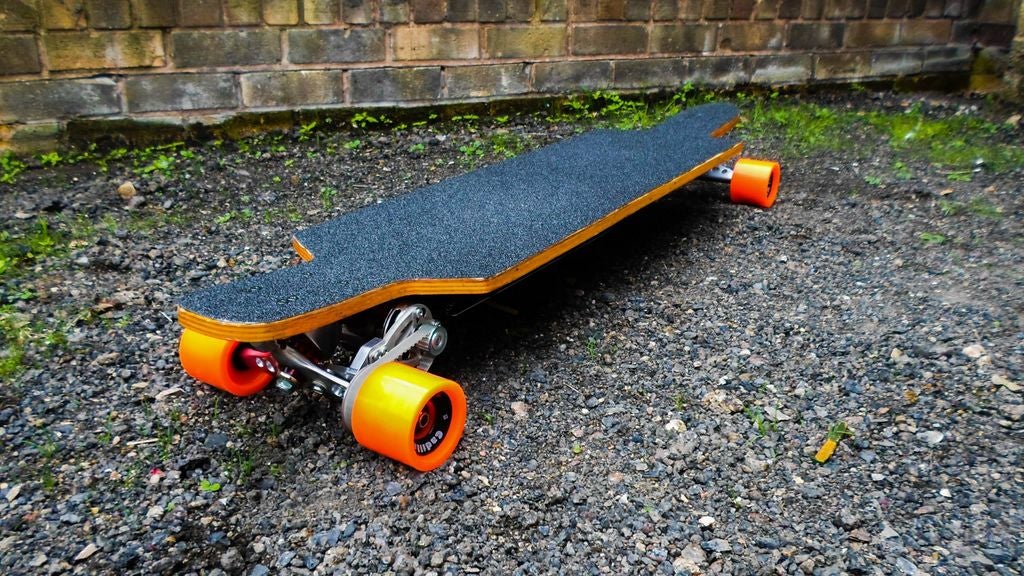 If you plan to move around the city, the “urban model” version is perfect! Designed for riding on flat, smooth floors and paved roads. These models do not have dampers and have smaller wheels. Small trick: prefer models with wide wheels, for more adhesions. They have the advantage of being light, compact and therefore easy to transport. We can for example very well to get them back in the backpacks. Some models even provide bags for their models. (like the Inboard M1).

For rough terrain, with potholes in the field, for example, you need the off-road electric skateboard. This version has large wheels, five to ten times larger and wider than those of the classic version. Some models are equipped with crampons, and there are even some that have shock absorbers. In short, the all-terrain can be used absolutely everywhere, even if in town, the urban model is better because of more practical side and less imposing.

The question of balance is critical when you want to buy an electric skateboard or longboard. Indeed, it is not uncommon to fall .., especially at the beginning. Scratches, superficial wounds, etc. are part of the game when one falls off a skateboard or an unstable electric longboard.

That said, it also happens to novices and more sophisticated. And even to the pros. The instability of such an engine is often the result of a manufacturing defect or a bad design. To fix, there are no predefined rules, we must rely on the opinion of a connoisseur, reviews, otherwise, we should try the models at our own risk …

We would advise avoiding “cheap electric skateboard” because it is often cheaper at the expense of the quality of materials, essential criteria when you are on a board that can go more than 20 km/hour!

It would be more accurate to say “average autonomy” than “autonomy” for short, by the way. The higher the weight of the user, added to that of the electric skateboard or longboard itself, will be high, the less the battery will last, and vice versa. Autonomy will, therefore, depend not only on the quality of the battery but also the total weight it will have to move.

On the other hand, the power of the engine also plays a role in the autonomy of an electric skateboard. The stronger it is, the faster it will drain the battery. Ditto for speed: the more you push in the climbs for example, the more you consume. In other words, the faster an E-skate is, the more it consumes energy.

Thus, if you want to gain both autonomy and speed, you must reduce the total weight, either by lightening the electric skateboard itself or by carrying less luggage on you.

It is therefore difficult to advance a precise figure on the autonomy of an electric skateboard. It is necessary to verify with the reviews, there again the real autonomy.

Another point: see to use. Indeed, the duration of the battery is reduced with time and the number of charges. Again, we must look and learn before … because a battery for this kind of gear, purchased alone, is expensive!

The first thing to know is that an electric skateboard is made to be transported, in a bag or simply by the hands, by one person. Whether used as a means of transport or as a hobby, its owner is always required to lug around more or less large distances because of its relatively limited autonomy or in impractical ways, such as in the city with work.

Unlike a bike or a scooter that could be pushed without much difficulty in case of failure or malfunction, an electric skateboard must be worn by its user. For example, a skateboard or a heavy electric longboard risks becoming a burden that will quickly tire its owner.

The weight of an electric skateboard is not necessarily a fault. It is also a quality, as I said above. Indeed, its stability is largely ensured by its weight. Of course, there are other factors that come into play, such as the geometry of the carcass for example, but in general, the more weighty an electric skateboard is, the more stable it is because it will tend to remain on the ground.

In a few words, as the saying goes, each medal has its reverse. The weight of a skateboard is both a defect and a quality. We must weigh the pros and cons. The ideal would be to find a model that combines both lightness and stability. For the time being, the average weight of the models available on the market is around eight to twelve kilograms.

Like any self-respecting vehicle, electric skateboard requires periodic maintenance. And it’s too often underestimated. It is essential for its durability, but also, and above all, for the safety of its user.

Take the example of the electric skateboard motor. Like cars and scooters, some models have belts. This component should be checked regularly to avoid unpleasant surprises. All the driving force is indeed transmitted by the latter from the electric motor to the wheels. 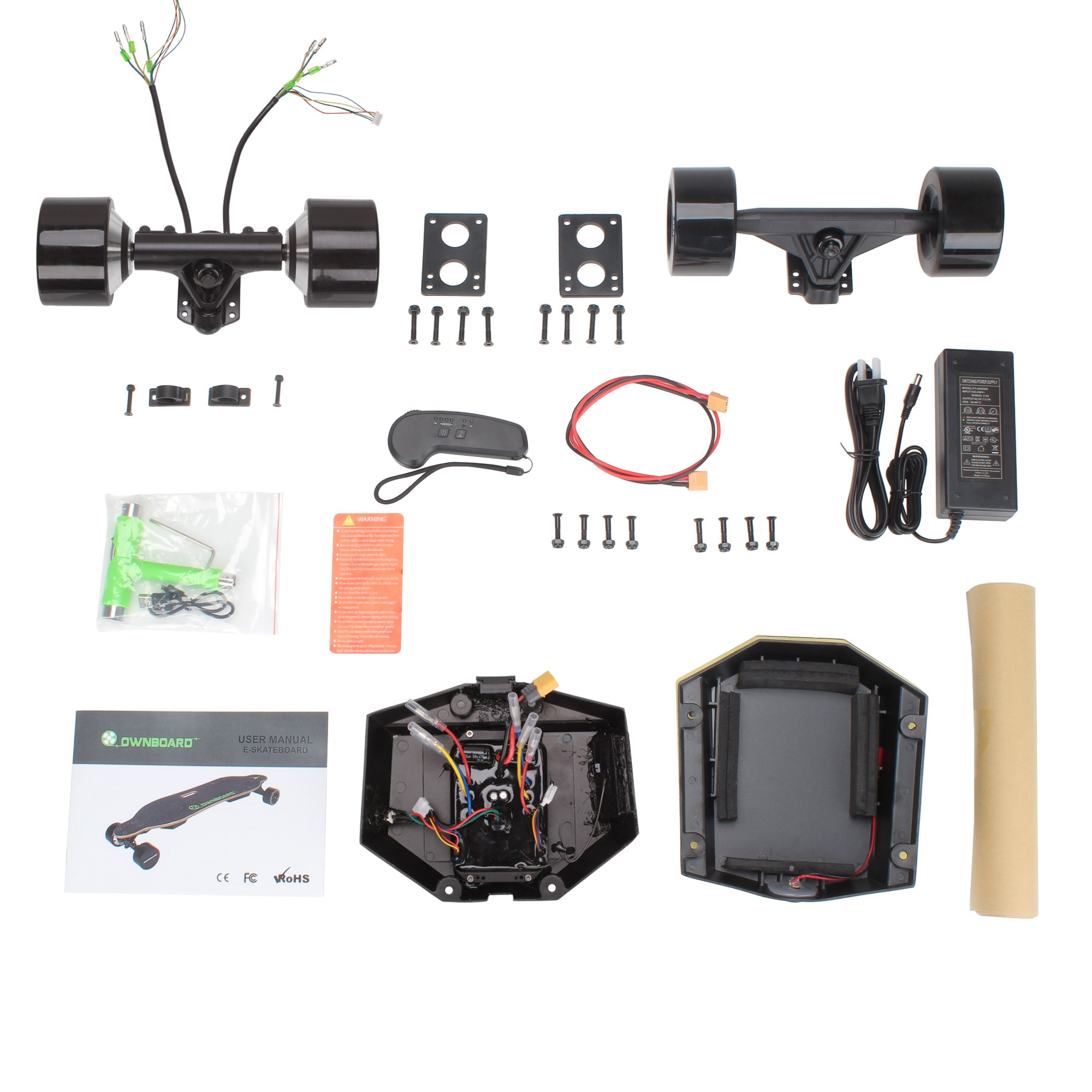 There are a number of accessories that may be considered negligible, but their importance is crucial. There are for example the fixing screws, bearings, the rubber level of the wheels, etc … but also the remote control skateboard, the mobile applications. All of this plays a key role in the smooth running of your skateboard..

Without being a mechanic of genius, you will also have to think about these kinds of things, which do not present any major concerns if you try to be proactive. And yes, the more you anticipate it, the less this sear an uncanny and you can enjoy all the sensations offered by these new small cars!

Hope these tips will help you better integrate everything you care about before choosing the best electric skateboard or an electric longboard for yourself.

How to Create Professional Presentation Online with DesignCap