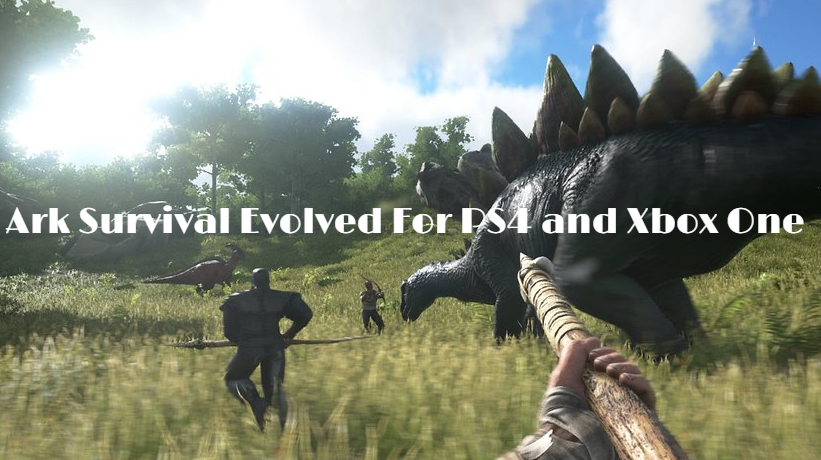 Coming back to your Action-Adventure games like Spiderman, this time I am going to talk about “Ark: Survival Evolved “. Fighting, Defending, Arms, Weapons, Venture and be a Winner is all the theme of these action-adventure games. We all know once the game is released, after an interval of times their versions are also released. Similarly, Ark Survival Evolved For PS4 and Xbox One Patch update 2019 has now released and I am very much excited for it and pretty sure that you are also sailing in the same boat. Are you?

Ark: Survival Evolved is the creation of Studio Wildcard, with Instinct Games, Efecto Studios, and Virtual Basement. The game was released in August 2017 for PlayStation 4, Xbox One, Microsoft Windows, OS X, and Linux. In 2018, the game is released for Phones too, Android, iOS, and Nintendo Switch in 2018.

As Ark is the survival game, the players have to survive on the island that is filled with big dinosaurs and other terrific animals, Natural Calamities and opponents. In the game, you have to travel the whole island either on foot or on some animal. It is played from the third person and first-person perspective.  The game can be played in both single-player and multiplayer modes, according to your wish. Multiplayer mode allows you to create families of mates in a server. The maximum number of tribe members varies from each server. In this mode, all dinosaurs and structures are generally shared between the players. There is a PVE mode too in which players cannot fight each other.

Ark Survival Evolved For PS4 and Xbox One and PC patch update has been released recently. A lot of things are updated in the new patch like dinosaurs, new maps, and many more things. Let us discuss one by One.

Ark Survival Evolved for PS4 and Xbox One

There are Hundreds of changes across all maps including traps and new collision to match the visual landscape in a better way. Also, there are many corrections to Triceratops ramming issues. Metrics systems are also updated in the release.

The same corrections are done as for PS4 and Xbox One which we have discussed above including copy cords to clipboard command now works in spectator mode.

Run wild on the beach! ARK’s Summer Bash 2019 event has everything you need for fun in the sun: fireworks, patriotic top hats, swimsuits, and more. Plus you can show off that beach bod with new flex emotes, or make special candy that gives your tamed dinos a festive look. From July 2 to 16, it’s time for some star-spangled survival — ARK style!

The gameplay of ARK: Survival Evolved is similar to most action-adventure genre survival games. As you start playing, you will gain more experience but to start as a beginner I am sharing a basic gameplay detail with you.

TIP: Basic survival will require three things; Food, water, and shelter. When you will start, you realize you have only the artefact in your arm and are found near the beach generally.  Actually, It is best for beginners to stick to the beach as water and food easily. Also, dangerous monsters are not present on the beachside.

I think now you got an idea of  Ark Survival Evolved For PS4 and Xbox One patch major changes and you will be able to easily tackle with the same. Stay connected for more updates. If you have anything to share, Comment back!

FUN RACE 3D GUIDE: TIPS AND TRICKS, COINS, SKINS
How to Download and Play PUBG on Mobile, PC and Xbox One
Comment