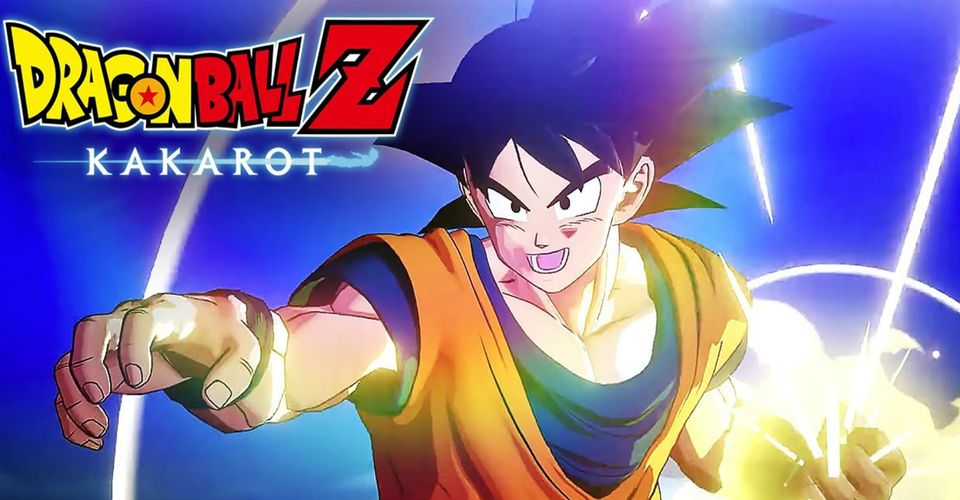 Dragon Ball Z Kakarot allows you to relive the story of Dragon Ball Z as Kakarot / Goku. Developed by CyberConnect2, the game recreates the iconic moments of the original work. Being able to fly in a vast world that you will unlock by advancing in adventure, meeting enemies, accepting missions, but also to fishing and flying.

The game, eagerly awaited by fans of the Saga, was released on January 17, 2020! In the last video presented by Bandai Namco, we learn more about the game system. Namely, that food will have an essential role, just like hunting, fishing, or harvesting … Improve Goku’s statistics by eating in order to reinforce its special attacks, like the basic Kamehameha or Super Kamehameha! Complete the main and secondary quests to collect the spiritual emblems of the characters in the Toriyama universe, and unlock bonuses and special dialogues!

Is a story similar to the manga?

The creator of the license himself, Akira Toriyama has spoken to say more about this title via a tweet relayed by the game’s publisher, Bandai Namco:

“Dragon Ball Z: Kakarot is an Action-RPG filled with the whole universe of Dragon Ball. It includes past stories that have not been told in the manga, and I’m sure fans will really be able to delve into the gaming world. This is a new re-reading of the franchise and you will discover the moment when Goku discovers his Saiyan origins and his birth name, Kakarot. (…) I hope you enjoy the game! “

What style of play?

Dragon Ball Z Kakarot is an open-world Action-RPG with several well-known places in the manga such as the Kame House, the city of Goku (Satan City). However, new places have been added to enrich the new stories planned for this new opus.

It will also be possible to speak with NPCs in order to unlock side quests and thus gain experience points.

Regarding fights, it will be possible in some cases to have the support of a non-player character. For example, Piccolo will lend a hand to Goku during his fight against Radditz, a fight rich in surprise, very well known by fans. There is a sweet mix between Xenoverse and Fighter Z at the fighting level but it could be that the game is still growing at this level.

The good news is that the official music for Dragon Ball Z will be there. Among the gameplay demos, we could recognize the famous opening credits, interpreted by Hironobu Kageyama: Cha-La Head-Cha-La.

Another important element of the saga is the return of the famous magic cloud! It will be possible to move with it. You can also hunt dinosaurs, do air races whose aim will be to catch balls of energy. Although they are currently unknown, other activities will be on the agenda.

Last but not least, Goku can also fish with … a Gorilla tail! Those who know the license, already know it, Goku loses his Gorilla tail when he is very small. So where does that tail come from that Goku suddenly goes fishing for? Well, we won’t tell you, you might as well leave the surprise! 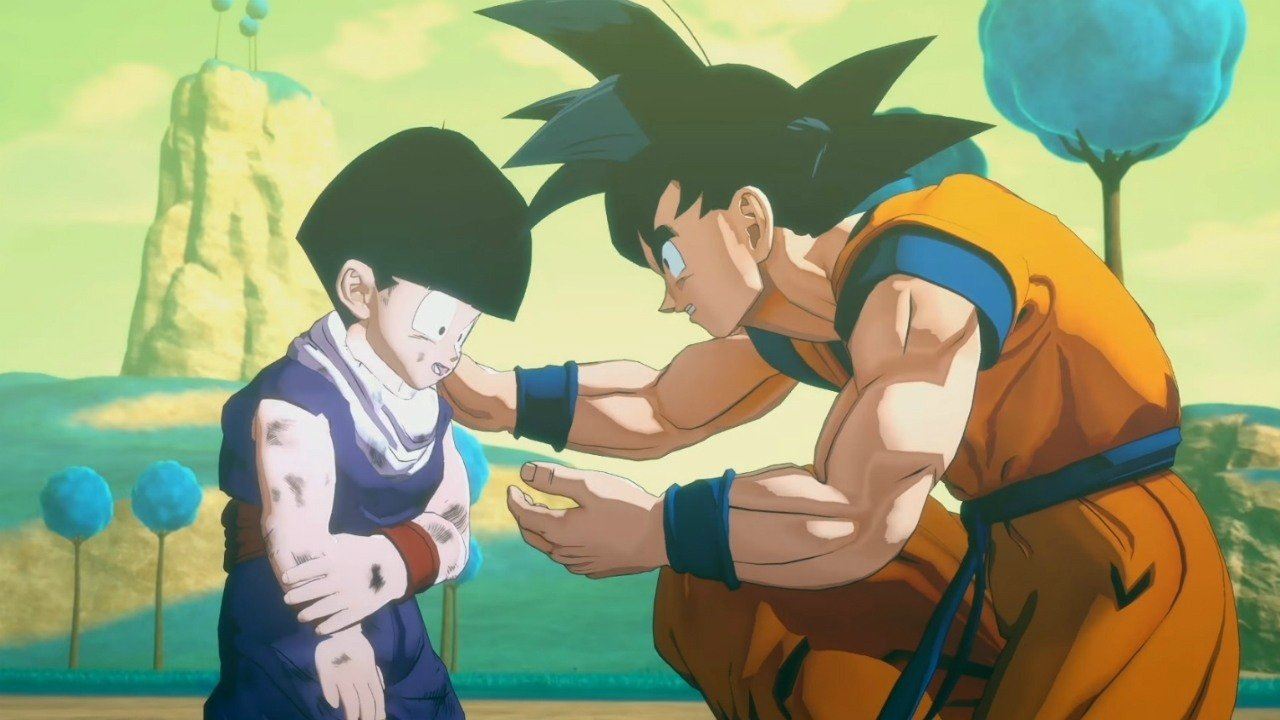 Dragon Ball Z Kakarot is available on PC, PS4 (for Standard Edition and Collector’s Edition) and Xbox One.

Influenced by the heat of this game, retailers have also launched a lot of game-based products, especially clothing products related to the characters in the game. Please also update some of the Dragon Ball Z clothing designs are being sought on Amazon

How to play as Vegito?

The new challenges that we have in Dragon Ball Z Kakarot lead us to the explanation of how to play as Vegito with all the details covered in this regard.

Critics of Dragon Ball Z Kakarot are mostly positive, our adventure is based on the Dragon Ball Z series, the story of the anime can be relaunched in the main story of this game, the characters and fighting almost the same way. In such a vast and fun world to explore, we need to know how to play as Vegito right now, finally, we have the contents of this guide, which gives us all the details on this journey which awaits us in this great game

The fusion between Goku and Vegeta through a dance was born Vegito, among the different fusions that exist, it is one of the most recognized next to Gogeta, being both of great power, in this game we can not use that Vegito, so let’s see what we have What to do now to play as Vegito, we’ll have the details below.

Play as Vegito in Dragon Ball Z Kakarot, how?

In the Buu saga, it’s when we have the appearance of Vegito, to get there, we have to pass the story of the Saiyan, Frieza, and Adroides / Cell sagas, we will automatically have a character under our control once we are entered in the saga of Manji Buu, in one of the stages will be our opportunity to fight against this enemy using Vegito, apart from this battle, it will not be possible for us to have control of this character, in the end, we can control all of the capabilities of this fusion, which is an enjoyable and impressive experience for what it represents in the game.

Outside of Vegito, Gotenks will be available in a certain part of the same saga that we can control, but reaching this point means playing between 20 and 25 hours which will lead us to the last saga which is Buu, so the mergers will be visible in the final as well as our control over these characters.

So we come to the end of this guide, in which we talk about How to play as Vegito hoping to get the most out of control the most powerful character that exists in Dragon Ball Z Kakarot being so broad and moved.

Where to find the location choosing beast meat?

The place to look for animal meat pieces is a must-have for lunch at Dragon Ball Z Kakarot, so let’s see how to get it.

Chi-Chi needs to prepare lunch and needs a specific ingredient, as Goku and Gohan’s lunch requires, which is usually sought before Android Saga, generally before Goku’s group confronts Cell.

Why should we choose beast meat in Dragon Ball Z Kakarot?

The goal of taking this animal meat, including rabbit meat, some delicate fish and antelope meat, is simply preparing lunch for Goku and Gohan, and with his family preparing to picnic out. home, this happens after training in the Hyperbolic time chamber, allowing this to be covered in the space between the Cell saga.

Where to find selected meat in Dragon Ball Z Kakarot?

It’s important to use ki, because what we’re looking for here is a gazelle and they’re agile and nimble, they’re actually quite complicated to get but with a little roaming, we have One can observe the buttons of Traningground, to get this is the necessary irp orl or Blake Bog’s line. When the consegur comes to this animal, our goal is to approach, since this needs to press the display button on the screen to catch an object falling, and obviously Goku is very fast, you can easily pick it up. it came up from the floor so that I could collect the two selected animal types of meat, and this way back to Chi-Chi, so I could prepare the recipe.

This is all you need to know about where to find the meat in Dragon Ball Z Kakarot, try it.

How to unlock the fight of the secret boss?

Looking at the secret boss we will have in Dragon Ball Z Kakarot, being able to meet him from Xenoverse, we talk about a great capable opponent that will represent a major setback, but first, we have to know how to unlock the secret of the boss fight and to achieve this we have the perfect content for the Answer below.

What should we know about the secret boss battle in Dragon Ball Z Kakarot?

To get an idea of ​​how to unlock the secret boss battle Looking at our goal, we have to end all the villains included in the game, of which we will have one battle against Vegito and Gotenks, these battles have been loaded to the maximum difficulty level, to the exact preparation will be indicated, the following details have many answers for us, so please take a look join them.

How to unlock the secret boss battle in Dragon Ball Z Kakarot?

The chances of defeating Vegito or Gotenks will depend on the level we prepare, so the skills of the masters will be needed for what we must have, one of which is self-medication, with Surge active. This ability will help heal Goku, no, you just need to know how to unlock the secret boss battle, figuring out this skill will be the most important thing, what we have to do to achieve that is to submit.

Our level in the training room is the highest, before the fight against Vegito and Gotenks we have at a minimum at level 80, because these two are among the 100, the opening of powerful attacks Big strong, we have to unlock as much as possible.

First, before this battle takes place, we must defeat all the evil enemies that exist in Dragon Ball Z Kakarot. The level of combat of both here is special so come some time possible to discourage, to defeat them. We will first focus on Gotenks because this has a lower level both in terms of HP and defense, so will be faster.

These skills are very careful, for example like galactic donuts that stun their opponents, while we can deal with the Gotenks just barely enough so that when this falls, Vegito is the next one, so we’re close to How to unlock the secret boss battle.

The secret look of the boss

Mira is at level 100, this will be the most complicated battle we will have in Dragon Ball Z Kakarot, with 5 million HP that can make us hit hard, we must endure the onslaught before performing a surprise attack will give us the necessary momentum. The power of Mira’s attacks has a huge impact, at least at level 80, we face a difficult battle. This challenge, the previous challenges can serve as an experience to achieve success in this challenge.

This battle is unusual in terms of duration since Mira’s health is very high, we have to watch our Ki bar, so make sure that in the battle we are at Super Saiyan 2, 3 or the like, a dark Kamehameha among his attacks is this sheriff, to show resistance to this attack, we will execute our Super Kamehameha and so we finally pay him I gave it to Mira.

Our allies in this battle must have certain parameters, we must equip them based on crippling attacks, such as Sunbite, with the maximum level of power, Power must be done to the maximum and be comfortable with what we do when ultimately defeating it will be a great achievement and so let’s see what we get in regards to the titles.

In short, knowing how to unlock the secret boss battle is great because we talk about the most difficult challenge to overcome in our adventure in Dragon Ball Z Kakarot, we hope that this content allows us to meet the expectations of victory in this battle.